PARENTHOOD: REMEMBERING WHAT YOU SIGNED UP FOR 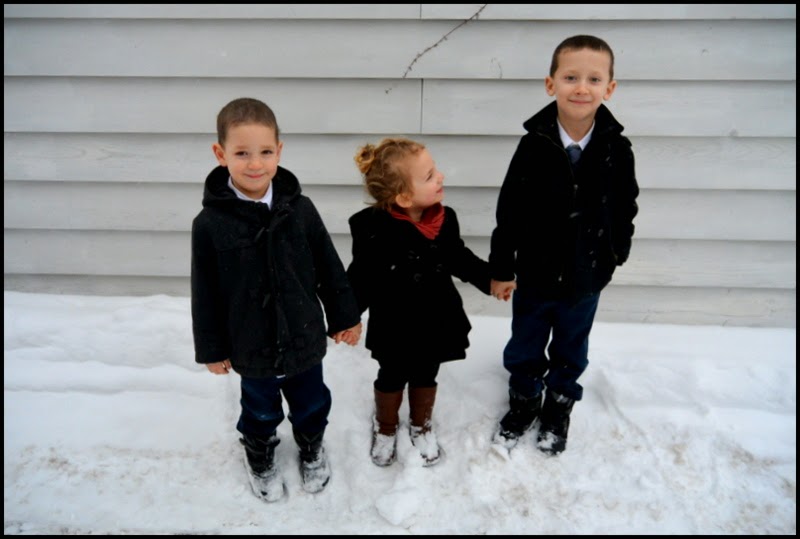 From the moment we arrived at our friends’ place, the children were off, gone, playing hard in various rooms around the house while us adults sat around a peaceful dinner table and talked. The children paused their games for dinner and then again briefly for dessert. At one point we learned that they’d been upstairs playing ‘Family’ and this involved removing stacks of folded clothes from closet shelves so that each child had a shelf to sleep on. I cringed, picturing my friend folding and stacking all those clothes, but also smiled because, well, of course you need ‘bunk beds’ to properly play ‘Family.’

As the evening drew to a close and I considered the carnage that six children 6 years old and under could do in six hours of mostly unsupervised play, I mentioned something about the mess. Our friend, David, shrugged, smiled, and said, “You know, I figure when you become a parent, cleaning up messes is sort of what you signed up for.”

That evening was several months ago but my friend’s words, casual as they were, have stayed with me.

When you become a parent, cleaning up messes is sort of what you signed up for.

Now of course my friend would be the first to affirm that parenthood is way more than cleaning messes, and that it’s full of the greatest joys. Nonetheless, there is something about his words, profound in their simplicity, that’s helpful.

A good kindergarten teacher wouldn’t get exasperated with a student who was not yet perfectly reading. You’d never hear them sigh and angrily say, “If I have to teach you how to blend consonants one more time...”

A practicing lawyer wouldn’t get mad when they have to give legal advice to one of their paying clients. It’s their job.

Yet as parents, we get annoyed and exasperated at all kinds of things that are simply life with children.

We’re angry with disobedience. We’re impatient with whining. We’re frustrated with bickering. And maybe at times those responses aren’t altogether misplaced. But at the very least we should realize that teaching our children how to obey, helping them learn to speak with control, guiding them in how to love their siblings with sacrificial kindness is what we signed up for. This is parenthood!

Sometimes I hear the words that I speak to my kids and I realize that I’m acting all put out and put upon by having to teach them and guide them. “If I have to tell you to be patient ONE MORE TIME...” That makes no sense. I’m 36 and I’m still learning how to be patient, but I’m going to be annoyed with my young child for also needing guidance and instruction? And more to the point, teaching young children how to grow in patience is what I signed up for when I became a parent.

Often our response to frustrating things is just to want it to stop, when really, parenting is about so much more. It’s about teaching them, guiding them, helping them learn. “If I hear one more word of bickering from you two...” We’re missing the point when we say stuff like that.

Parenting isn’t about me not wanting to listen to one more word; parenting is about teaching my children how to live.

Last weekend our two sons were downstairs playing in our very unfinished but “wide-open-space” basement. They were shooting slingshot darts into a target made of mesh. A fight erupted and, within a few wild moments, it was clear this one was not going to be resolved peacefully. Justin went down and, after squelching angry outbursts, started talking with our boys about loving each other, speaking kindly, extending grace even when angry, listening instead of just yelling, and treating others the way you want to be treated. I stood at the top of the stairs taking it in. The conversation was wonderful. The boys shared their struggles and asked thoughtful questions. Eventually Justin led them to the Gospel and their need of His grace. As I listened, I thought: this is what it’s all about.

There’s something misplaced about being exasperated when our children struggle with anger or selfishness or disobedience. “If I hear one more word from you...” Our children are these little people who are learning how to live life; of course they’re going to struggle to do what’s right at times. In the moment, sometimes all we want to do is stop the annoyingness. But parenting isn’t about just stopping annoying behavior so we don’t have to listen to it; parenting is about guiding, teaching, disciplining, nurturing, and helping our children when they fail, as they inevitably will.

Last week my 3 year old daughter, after eating a snack of crumbly, messy seaweed, came to me and said, “Mom, do you know why I make messes? Because I’m a little kid. And little kids make messes.”

And us parents, well, cleaning them up is kind of what we signed up for.
Posted by Elisha Galotti at 7:59 PM