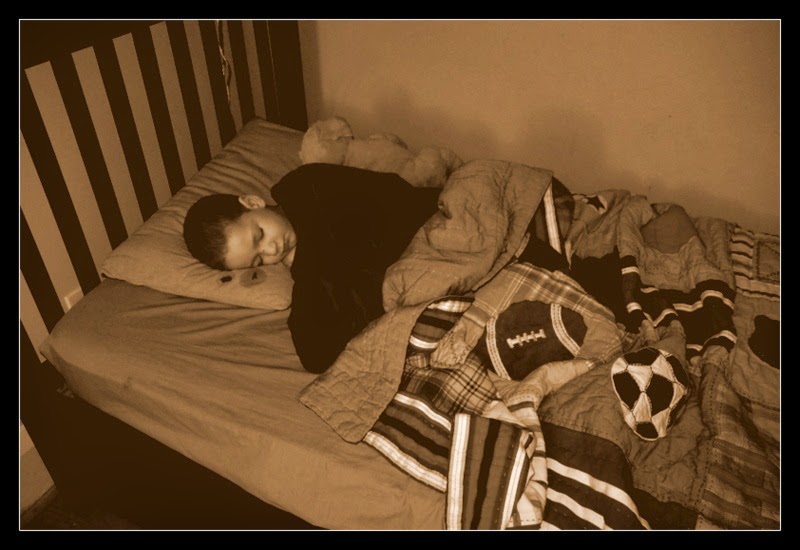 People ask why in morning or night pictures Josh is invariable shirtless, and it's because of this brown blanket. It's so soft, and he love sleeping with it against his skin.

Every morning my Joshua walks down the stairs with this brown blanket wrapped around his shoulders. Like an adorable little brown-blanketed superhero. 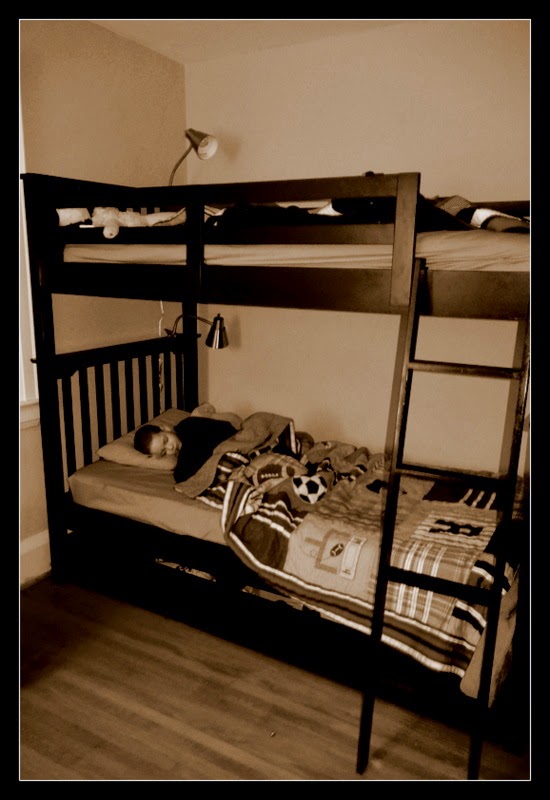 I remember one time when he was a little guy, probably only 3, praying with him before bed and telling him tenderly how thankful I was for him. "I love you Josh. I am so thankful for you." He held my face in his hands, pulled me close, and whispered in my ear, "I'm so thankful for my brown blanket." It was the best, most honest response in the world. I'll never forget it. So very Josh, too. Honest and passionate, even about his brown blanket.

I've always told him that whenever he's done with his brown blanket we'll keep it safe, tuck it away, and one day if he's given children of his own he can give his brown blanket to one of them. He's liked this notion, and has talked about passing it down to his own daughter or son one day in the future.

About three weeks ago, in a sudden spurt of maturity and generosity, Josh decided that he had outgrown his brown blanket. I can't deny that it wasn't with a little tinge of sadness on my part, that I saw him sweetly give his blanket to his little sister, Ella, telling her that he wanted her to have. She was delighted! She knows how much this blanket means to her big brother.

I knew one day he'd outgrow it, but I guess I wasn't quite ready.

Well I guess Josh wasn't quite ready either. For that same day, later on, closer to bedtime, Josh marched into his sister's room telling her that he'd changed his mind and would still give it to her one day, but that he wasn't done with it quite yet.

I'm glad. Because I'm not quiet done with Josh and his brown blanket yet either. 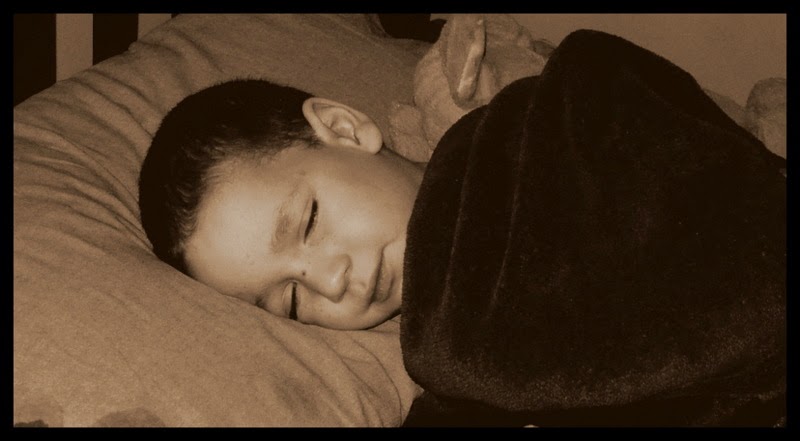 Posted by Elisha Galotti at 9:04 PM