After stockings were over, our children were blessed with such generosity by so many family members, starting here, with Grandpa and Gigi. 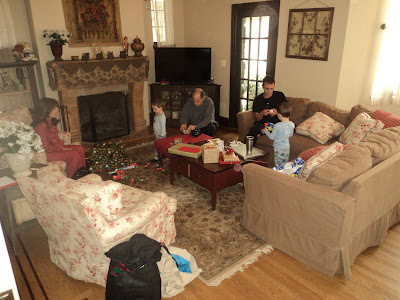 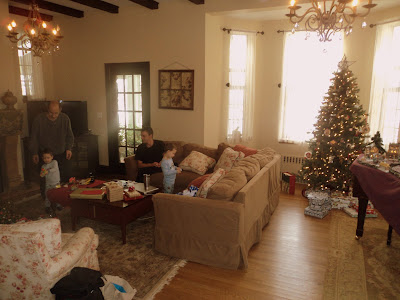 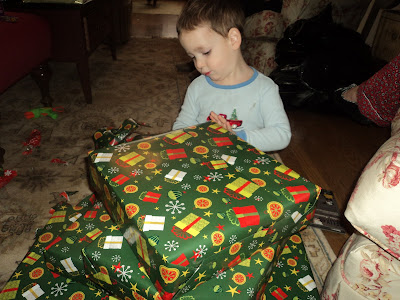 Jacob received a very special gift: Grandpa and Gigi bought him guitar lessons, and below, Jake is holding a 'ticket' for these lessons. He's so excited. 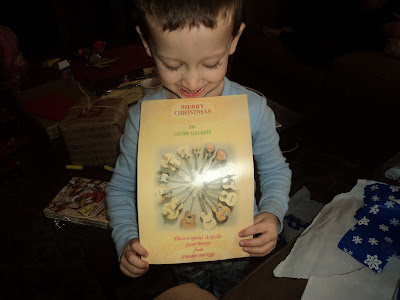 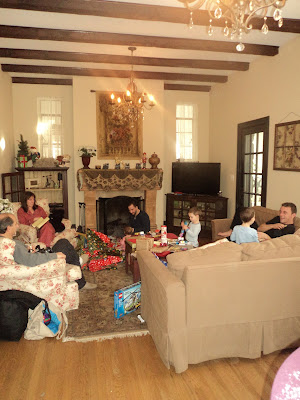 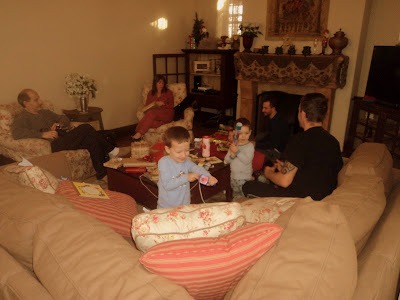 After a wonderful Christmas Eve and Christmas morning spent with Grandpa and Gigi, we drove over to spend the rest of Christmas at Grandma Morey's house. 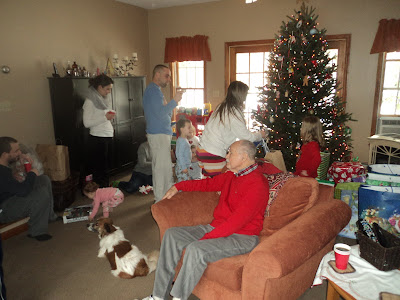 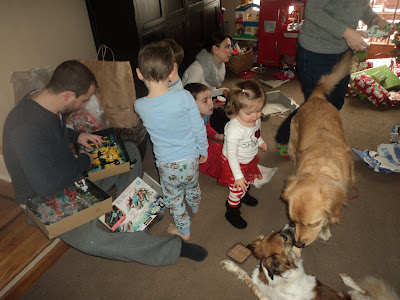 The boys were particularly excited by their new superhero costumes, as well as some new transformers. 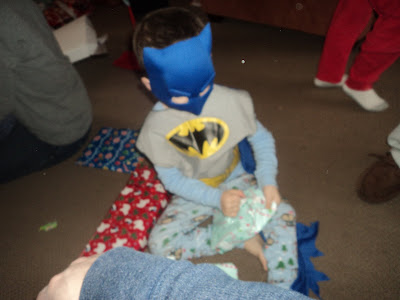 After brunch, the phone was passed around and we all had a chance to say Merry Christmas to Uncle Adam. 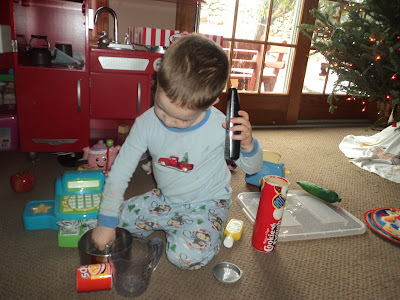 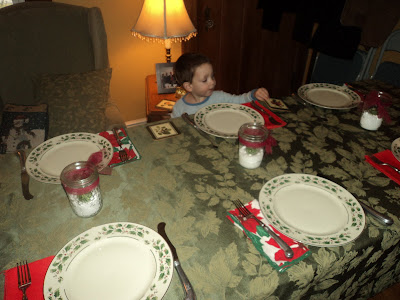 And we sat down to a feast. 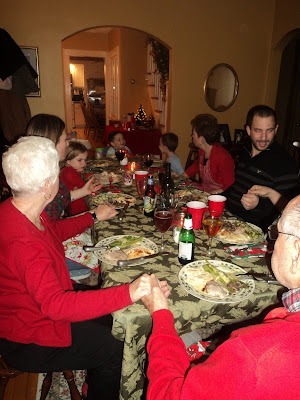 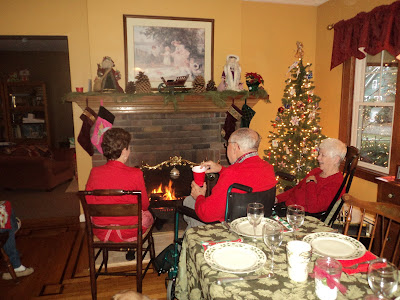 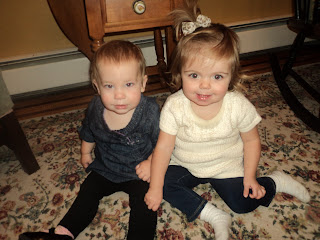 A remote-control Spiderman is always a great party-trick when there are three, four and five-year-olds children in one's company. 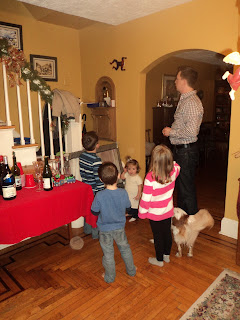 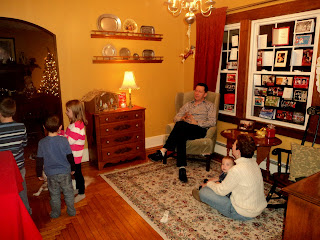 Below, a one-socked-Christmas angel, perhaps? 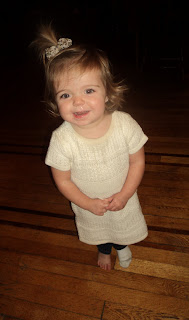 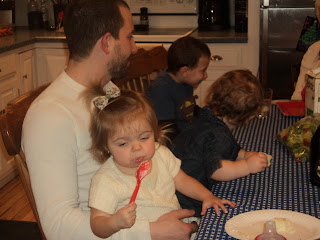 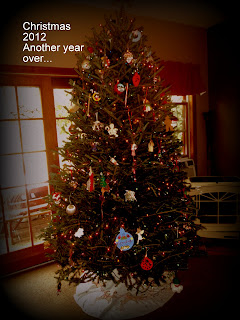 I am so thankful for my family-in-law and for their love for me and my family. And I'm thankful that even though from afar and over the phone, I was able to spend some time talking with my parents and sisters... getting the full play-by-play of their Christmas at the farm. My Dad's insistence that everyone join him in watching the epic Christmas film 'Die Hard' was, according to my sisters, a total bomb. And the cheese fondue for Christmas lunch that wouldn't melt caused a few stressful moments. But it sounded like their Christmas was beautiful and joy-filled, and I loved hearing each colorful detail.

I am blessed; I have so many who I love. As Christmas 2012 draws to a close, my heart is full of thanks.
Posted by Elisha Galotti at 7:27 PM