The eight-hour-drive from Southern New York to Toronto is always a beautiful one, in any season. But the rolling mountains and idyllic farmland of Upstate New York is particularly beautiful in the winter, when there is freshly fallen snow. Most recently, we drove from New York back home to Toronto right after Christmas, which meant that in addition to the beauty of driving through a winter postcard, all three kids had new toys and superhero gadgets and tasty treats to keep them entertained until that mid-way point when we break out the DVDs. 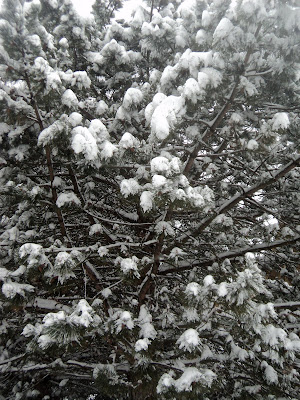 At some point before the movies began, Justin and I were discussing something up front when an unusual utterance from Jake caught our attention. “Josh! Please stop talking to me. I’m meditating.”
Justin and I looked at each other, amused for sure, but also slightly concerned. Justin re-positioned the rear-view-mirror so that he could glance at his son, and clarified, “Uh, you’re doing what, buddy?” just to be sure we had heard right. We had. “I’m meditating, guys.”

Justin’s next question was appropriate: “Did you learn about meditating from Kung Fu Panda, Jake?” A valid question, as, really, which one of us hasn’t been significantly influenced by a Jack Black role in some way? “No, Dad. I learned it from Fantastic Mr. Fox. You know the part where the little, white fox, who is their cousin, comes to visit? He says he’s meditating, and he does this.” I glance back to see the visual demonstration, and Jake has crossed his legs, closed his eyes, tilted his face up, stretched out both arms to the sides, and is trying desperately not to smile. After a moment or two passes, he opens one eye and peeks at me, wanting to make sure I’m finding this as funny as he clearly is.

So it was Fantastic Mr. Fox and not Kung Fu Panda that introduced the concept of meditation to our children. What a relief! What a relief to know that it was actually an iconic George Clooney movie, rather than a Jack Black movie, that had, without our knowing it, prompted our 4-year-old son to begin the practice of pretend meditation. I’m being lighthearted, and, in this specific instance, Justin and I were not overly concerned. But this prompted us to reflect and once again revisit the guidelines and boundaries that we have set in place when it comes to our children, with their vulnerable minds and impressionable hearts, and the various forms of popular culture that we allow to enter into their little lives.

A couple months back we asked some friends, who have been parents a few years longer than us, about the screen-time boundaries that they had set in place in their home. Their answer was helpful and concrete: no movies, Netflix or TV during the school week. We’d been back and forth with our own time-frame boundaries, and needed something very precise like this. So the next day, we established these same boundaries in our own family. It’s been over two months, and it’s been wonderful. Jake now knows that he needn’t bother asking (whining!) to watch Netflix during the week because the answer is always, simply, no. Babar, Max and Ruby, Brother Bear and Sister Bear, all these screen-buddies of ours have become weekend buddies only. In addition to this, we’ve also been relatively intentional about ensuring that the content of what they’re watching is age-appropriate. But what we realized in that flash moment of hearing our 4-year-old son jokingly claim he was meditating was this: even in the most innocuous and even wonderful stories--like Fantastic Mr. Fox--our children are learning and being taught. We knew this. Of course we knew this. We know that even as adults our own minds and hearts are shaped, at least to some degree, by the entertainment that we choose. But I needed this reminder. I needed to remember that when my little guys are in the other room watching Netflix on a Saturday morning and I’m busy doing something else, there are powerful ideas that are being sent and received. Some of these messages are, no doubt, lovely or even helpful. But other concepts that they’re learning about is stuff that, even if it’s playful or innocent, we need to know they’re hearing so we can interact with them about.

We continue driving along and Jake has opened his eyes, lowered his upturned face, stopped ‘meditating’ and is awaiting my response.

“Jake, did you know that Daddy and I meditate too?” His playful grin fades and I can tell I’ve piqued his interest. “Really? You guys really do? You meditate too, Dad?” Justin explains what meditation is, and that we meditate upon God’s word, upon those things that God has told us about Himself in the Bible. “We meditate on God’s goodness and His mercy to us. We meditate on God’s law and God’s grace to us. The very first Psalm in the Bible is one about meditating on God’s word. Your Mommy knows this Psalm. Ask her to say it to you.”

I do know it, but my mind is drawing a total blank. But I also grew up singing the Psalms, not just reading them or speaking them, and the tune and rhythm always seems to prompt recollection.

So as we drove through the beautiful, snow covered farm fields of Upstate New York, I sang to him the words of Psalm 1.

But they delight in the law of the Lord, meditating on it day and night. 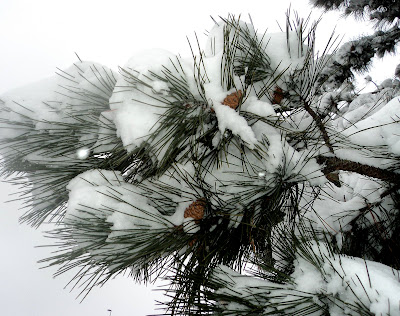 Posted by Elisha Galotti at 8:55 PM