Another Baird Park summer drawing to a close. Like so many others who live in our neighbourhood, we don't spend our afternoons in our backyard (partly, in our case, because we don't have a backyard!), but rather spend them at our local playground and wading pool.

It might sound strange, but this playground has nestled its way into my heart because, so far, it's been such a regular part of my children's early years. The other afternoon, some neighbourhood  moms and I were marveling about how this simple little playground really is such a peaceful place for so many of us; some of the best moments of our summer were spent right here.

And it's not just because the kids can cool off or monkey around on the structure... 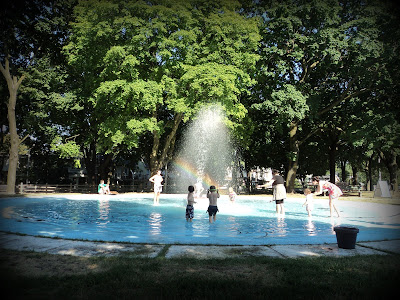 When you live in the city and don't have the option of a backyard, the local playground sort of becomes your backyard. But it's a 'backyard' where we're bound to meet at least a handful of families that we're friends with whenever we go.

We pull up in our double strollers or our big red wagons, we spread blankets on the grass, and we get talking while the kids run off to play.

It's the nature of city-living: there is so little physical space between us that we wind up quite naturally sharing life with neighbours who have become true friends. 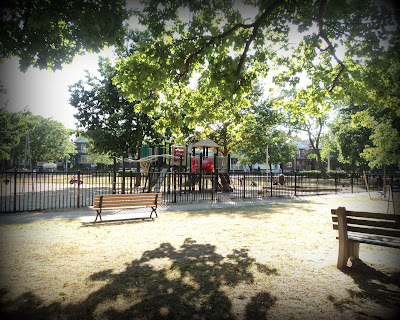 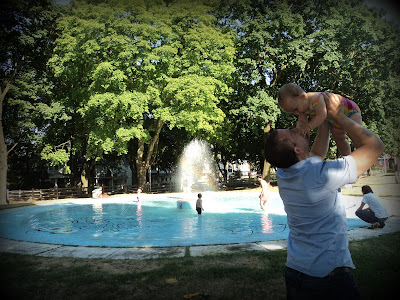 Posted by Elisha Galotti at 7:30 AM