HARD, BUT WORTH IT 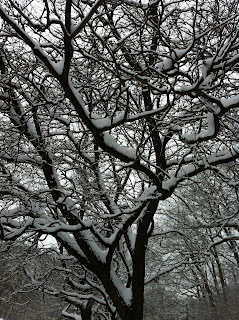 It came at the end of what had been a long, hard and discouraging week. It came in the form of a child-directed explanation, simple and clear.

It would have come and gone in the dinner conversation wholly unnoticed if it weren't for Justin, who heard words of truth, who knew that I needed to pause and be willing to listen to my own counsel.

There was the clink of forks on plates, the cheerful din of little ones making a mess but enjoying their meal as five-year-old Jake spoke to us about school, telling us how he was worried that next year, Senior Kindergarten was going to be "so much harder" than what he has to do this year. His concern, childlike, but real, was that he was going to have to work harder the older he got. Perhaps on some level it would have been a better response to simply assure him that learning is fun and that, no doubt, he would continue to enjoy school in the future just as he has so far in the past.

Without reflection, I assured him of something else: "School may become harder as you get older, Jake. But there aren't many things in life that are worth much that aren't sometimes hard. Hard is OK."

Justin's eyes, warm and encouraging, found my own as he softly said, "It's true, Elisha. What you just said to Jake, it really is true. And not just for him. For you, too."

My mind replayed the events of recent days, the pursuit to continue loving and giving even amid discouragement. Hard. But worth it.

I think of a friend who is pregnant and struggling with sickness and tiredness and discouragement during her pregnancy. Hard. But worth it.

Or another friend, looking for work, pounding the pavement, trusting that He will provide even as she continues to seek. Hard. But worth it.

Or the friend who is battling depression but clinging to Christ and His promises for peace amid much sorrow. Or parents facing the challenges and struggles of raising their children. Or singles longing for companionship but committed to purity, committed to trusting His time and His plan for their lives. Or spouses wrestling through sin and shortcomings but devoted to their marriage covenant. Or Christians longing to be free of sin, to put it to death, to pursue their Saviour.

There is so much in this life that is hard.

And so to Jake, to all of these dear friends, to myself, it is somehow wonderfully heartening to remember that there aren't too many things in life that are worth a whole lot that aren't, at times, really hard. Maybe most of all, it really is worth it to follow Christ and live the way God has prescribed through His word, even when it's incredibly hard.

Many others have said it differently and a whole lot better:


In all this you greatly rejoice, though now for a little while you may have had to suffer grief in all kinds of trials.These have come so that the proven genuineness of your faith—of greater worth than gold, which perishes even though refined by fire—may result in praise, glory and honor when Jesus Christ is revealed. ~ I Peter 1:6-7

Posted by Elisha Galotti at 1:07 PM