He has brought a kind of joy and laughter to my life that I could never adequately describe. Since he’s been able to communicate, one of Josh’s chief aims has been to make the people around him laugh. And how we have laughed with this chubby-cheeked, raspy-voiced little guy.

What a gift this laughter has been to us. 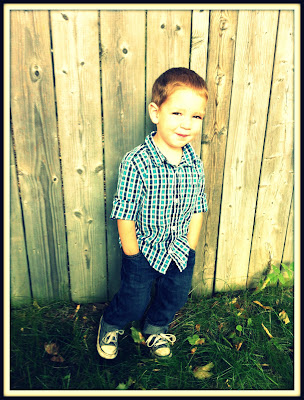 I wish I had written down more about Josh this past year, as the twelve months between a second and a third birthday bring so many changes. There are so many details that, when gone unwritten in the moment, are simply forgotten.

But there are a few things I remember.

I remember Josh going through a stage where he LOVED eating the two end slices of the cucumber, the parts that have the small, brown, dirt-encrusted circle. He’d joyfully refer to them as “the yucky parts,” and whenever he’d see me slicing a cucumber for his snack, he’d rush over and say “Mom, can I please have the yucky parts? I like them because they’re really, really yucky!” I’d oblige. Why not? And he’d happily shove them into his mouth while telling me how yummy the yucky parts were. 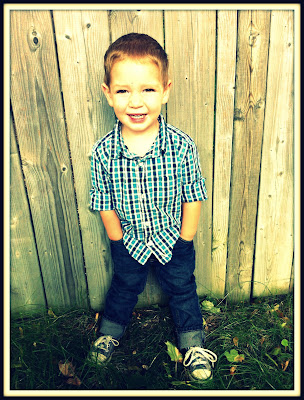 I remember so many times this past year where Josh would have a big scab on his elbow or his face or his knee, from some mishap or another, and I’d remind him that scabs are supposed dry up and fall off on their own. His response, always gleeful and heartfelt: “No, Mommy! You’re supposed to pick them off and THROW THEM!” Josh has even been known to offer this advice to some of his scabbed-up peers, and a couple of times, I’ve overheard him giving this advice to his older brother. Scabs: such a strange thing to be passionate about.

I remember potty training. This was such a messy experience with Josh, but so funny too, and leaving us with so many awesome memories. There are many Josh/potty stories that, for the sake of Josh's future dignity, I will never share. However there is one particular potty story that is just so imaginative and clever, it seems worth remembering. Whenever Josh was ‘trying’ to go, but couldn’t, he came up with the logical explanation that his pee pee was sleeping. “I can’t go potty right now, Mommy, because it's sleeping.” Justin and I will never forget the time when Josh was standing there at the toilet, trying so hard to go, explaining to us with evident exasperation that “it was sleeping”, when he leaned down and screamed at the top of his little lungs “Wake up, pee pee! Wake up RIGHT NOW!”

I remember that moment of walking into the kitchen and seeing that Josh had put a Thomas Train in the microwave, with a timer set for seventeen minutes and a ready explanation that he was simply “warming it up.” I’m so thankful that I walked in at the precise moment when his finger was pressing ‘start.’ 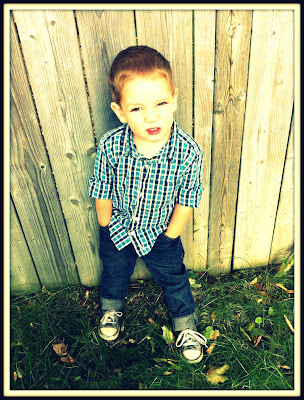 I remember so many times when Josh face-planted on the sidewalk while learning how to ride his ‘strider’ bike, only to get right back up, brush off his hands, call out a perfunctory “I’m OK, Mom!” and continue on his way.

But as wonderfully boisterous and rough and tumble as Josh is, and as much as he loves to keep us laughing, Josh’s heart has such a beautiful, sweet tenderness as well.

I remember one time being up in the kid’s bedroom after we had tucked them in, sang and prayed. I was lying beside Josh on his bed, my head beside his on his pillow, looking at his perfect little face only a few inches from my own. It had been a day where I had been so frustrated with him, and had been impatient and angry and yelled more than once. There we were at the end of this not-so-great day, heads resting side by side, close, and I asked his forgiveness: “Josh, I love you so much. I sinned against you today. I’ve been too angry. I’ve been too hard on you. It’s not right.” Without hesitation or thought, Josh reached across, rested his hand on my face and said, “I’m a sinner too, Mom. It’s OK.” He’s so young, and yet he already knows how to show grace. 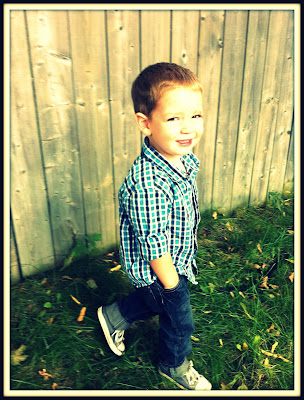 Here’s the thing about children’s birthdays: there is much reason to rejoice in the ways that we see our children grow and change, but there is a twinge of something else too. It’s not exactly sadness. Maybe it’s a twinge of that ever present reality that time is measured, that time marches on, quicker than ever. I will never live life with a two-year-old Josh again. Of course he’s not actually any different today than he was yesterday. But still, he’s my terrible two-year-old no longer.

What a wonderful year it has been. 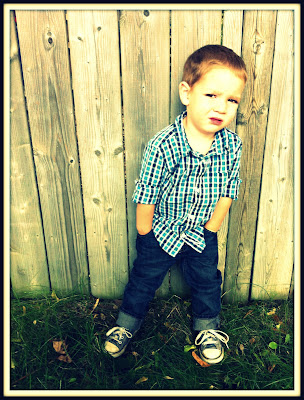 Josh, you are such a gift. These past three years of your life have brought indescribable joy. You are loved so deeply, by so many. We wouldn’t change one single little thing about you, our son. Daddy and I, we thank God for giving you to us, for entrusting you to our care. We pray that you will continue to grow into the young boy God wants you to be. We pray that one day, maybe even soon, God would give you a heart of faith that knows and trusts Jesus. 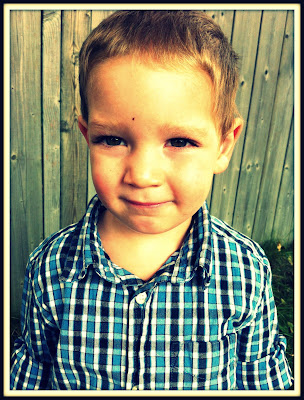