HOW OFTEN DO WE SEE OUR FAITH THROUGH A WESTERN WORLD LENS? 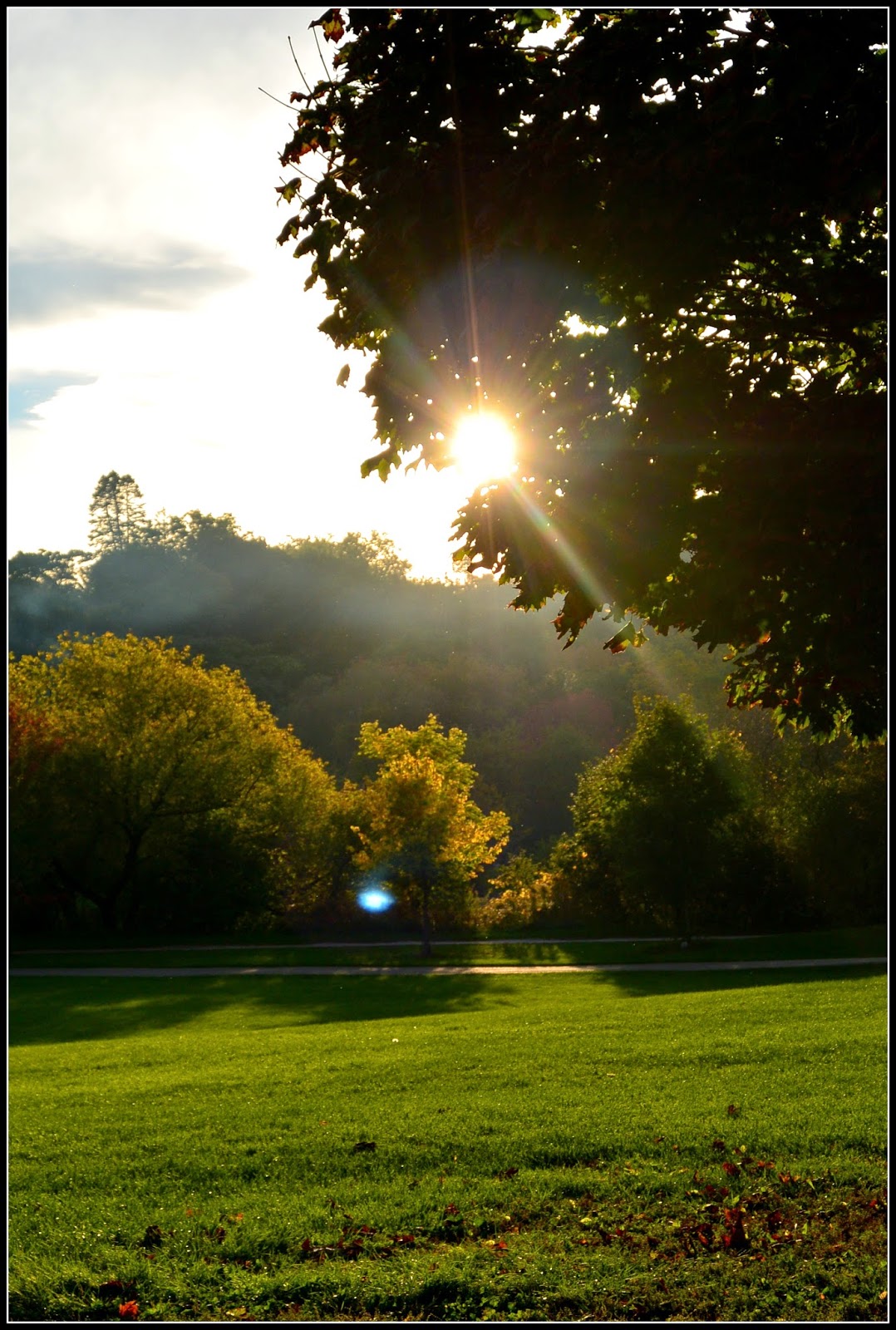 It was late afternoon and we were driving westbound from Ottawa to Toronto. The sun was starting it's descent, and we were driving straight toward it. Though it had been a mostly clear, sunny day, there were some clouds in the sky. At one point the sun, though somewhat visible, was partially hidden behind clouds. We've all beheld these glory moments--dazzling, sun-shimmering clouds. They almost look magical, when the outline of the clouds shimmer a radiant silver, with the glory beams bursting in all directions around.

As we drove toward this brilliant cloudscape, we did what so many Christians can't help but do in moments like this: we talked and dreamed about that day when Jesus will return.

After thinking about this for a bit, I said to Justin, You know, you can't help but think that God was so good to weave poetic overlaps into certain words, certain language, right into the fabric of our faith. We behold the sun's rays that dazzle and can't help but think about the Son's glory that shines…

I let the words trail off, looking at the brightness of the sun while thinking about the glory of the Son. What a poetic, powerful word play for His people, I thought to myself.

Justin glanced over at me with a smile. Well, hon, you're sounding an awful lot like an English speaking Christian right now.

At first I didn't get what he meant. But then, sheepish, I got it.

Oh, so you're saying it's only in English that the sun is a homonym with the Son. He smiled. Yep. Only in English.

I didn't give up. But, like, what about the original words in the Greek. There's no poetic commonality or anything? No homonyms in the Greek? Still smiling, Justin told me the Greek words for both sun and Son. (Sometimes when you're trying to win an argument it's so annoying to be married to a pastor who knows the original biblical languages…) Nothing. No poetic sun/Son imagery. Shoot. I still didn't give up. Well, with God nothing is incidental, right? Maybe it was something important and sweet just for… people who speak English… I trailed off again, but this time because I was hearing my words and realizing how utterly ridiculous they were.

Justin had a helpful response. Elisha, the English language is one of thousands of languages that Christians all over the world speak. All the truly important literary devices or poetic symbolism that actually helps us in our faith is going to be cross cultural and visible in every language, not just ours. There's nothing special about English. You know that.

Of course I know that. We all know that, and yet... I didn't attempt proving my sun/Son point again, and instead was thinking about something else. So maybe the bigger lesson in all this is how easy it is to view our faith through an English speaking, Western world lens? Justin nodded. Now I think you're onto something, hon.

It's so true, right? Maybe we don't often literally take an English language homonym and import a whole bunch of faith-related significance into it. (Cause that's just plain old silly.) But there are so many times in our Christian life when we look at parts of our faith through a blatant Western world lens.

Or what about how we think about God's bountiful provision for His people. Here in the West where even the poorest among us have access to food and clothing and shelter (for the most part), it's easy to read passages about God's faithful provision and understand these words, these promises, as Western Christians. And while of course these temporal provisions are from God's hand and we should give him thanks for His goodness, sometimes I just want to tear these lenses from my eyes and see these passages afresh.

And I want to see them not as an English speaking Westerner, but just as a Christian.

Posted by Elisha Galotti at 8:32 PM