CROSSING THE BORDER WITH KIDS 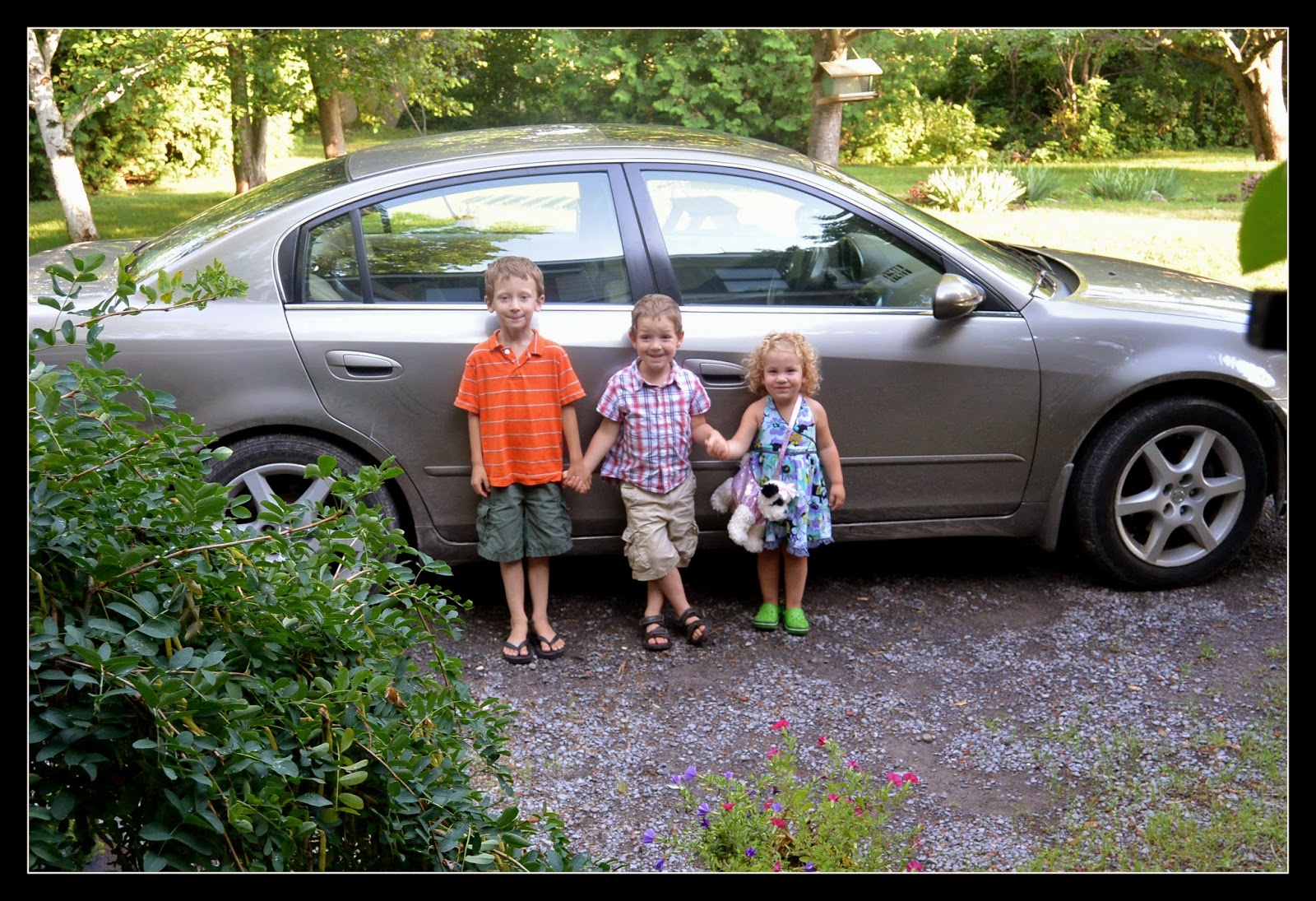 For the first couple weeks of summer vacation, while Justin stayed home working hard, the kids and I went on a road trip from Toronto to New York and then to Ottawa to visit family. This meant that we crossed the border twice, first from Canada to the States, and then back from the States into Canada. I always find crossing the border just the tiniest bit worrying, even though I've never done anything wrong or am bringing illegal substances or anything like that. (Well that's not totally true. One time a couple years back, right around Christmas, I forgot that you're not allowed to bring citrus fruit from Canada to the States, and before we'd left our home that morning I'd dumped an entire case of clementines into our snack bag. After I'd admitted to the the custom's official that, yes, there indeed was citrus in our car, he then asked me to pass them to him so he could throw them into his trash. So I started frantically digging them out of the family snack bag and passing them to Justin, who then passed them to the border official, who then dropped them into a bucket. I could tell that after clementines had passed hands about fifteen times and I was still rooting around for the rest of them, both Justin and the custom's official were a combination of annoyed and amused at the ridiculousness of it all. Moments later when we drove away citrus free, Justin said to me, "Man alive, Elisha. When you told him you had a few clementines I thought you meant maybe five or six of them. That was crazy, hon." But I'm getting off topic...)

A couple weeks back I crossed the border with just the three kids. When we pulled up to window, I rolled down the kids' back window as well as my own because I know from prior experience that the border officials often like to ask the children questions as well. (And I love that they do this. It's a good safety precaution to ensure children are travelling with their right adults.)

After the preliminary questions of where we were going and for how long, the official turned her gaze to the back seat and asked Josh the first question: "Who is the woman driving the car?" Josh paused. And continued to pause. I was trying to make eye contact and glare at him through the rear view mirror, but also realized that if I appeared to be threatening him that probably wouldn't be too wise. Eventually, finally, at long last Josh smiled at her and said, "It's my Mom." That wasn't so hard now, was it?

Next she turned her attention to Ella. I don't even remember what she asked Ella, but I know that Ella just sat there starting at her and didn't utter a word. But she's two. You can't force two years olds to talk if they don't want to talk. No big deal. The custom's official smiled at Ella and said, "You're just little. You don't have to answer."

Then it was Jake's turn. She asked him where his Dad was. I'm sure she was expecting a short, concise answer. Instead, this: "Well, we actually just bought a house. We've been renting for a long time, but now we bought one, and my Dad is renovating it. He's a pastor, but before he was a pastor he was a carpenter so that's how he knows how to do all that stuff. Right now he's working on the electrical for it, and had to take down the ceiling. He had to stay home and work on it because it needs to be ready for us to move. We're moving at the end of July. He wanted to come with us, but he couldn't."

With sparkling eyes and a big grin, the border official passed me back our stack of passports and said, "Ma'am, next time remember to bring a letter from their Dad when you're taking the kids across the border without him. And have a wonderful trip. They're very cute kids."

As we drove away and I felt my blood pressure return to normal levels Josh said, "Mom, you know when she asked me who you were? As a joke I almost said, 'She's just some weird old lady and we don't know who she is.' Would that have been so funny?"

What the heck, buddy? Why do jokes like that even come into your four year old mind?

"No, Joshua James Galotti. That would not have been funny at all. You are always just to tell them the truth when they ask you questions, do you understand?"

And though I didn't think it either relevant or helpful to ask these questions to Josh, I drove along quietly stewing (and smiling) about why in his joke he'd called me both weird and old, when I am clearly neither.

Posted by Elisha Galotti at 7:01 PM