THE AUTHOR WRITES THE CONCLUSION 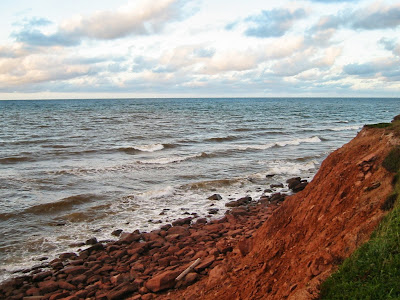 Like many Canadian girls, the Anne of Green Gables books were a special part of my growing up years and my Mom spent many an evening reading the words of L.M Montgomery aloud to her four young daughters. When slightly older, I read the story of Anne Shirley—an orphan who finds a loving family and cozy home on Prince Edward Island— again and again.

Red roads, pastoral farm fields and white sand beaches are the setting for this sentimental story about friendship, adoption, and love. Anne’s story is a cherished part of Canadian literary history and, for myself along with countless others, a sweet part of our own personal history too.

Several years ago, new manuscripts written by L.M. Montgomery about Anne Shirley and other connected characters were found. In these new stories there was a much darker subtext, with themes of infidelity, depression, and death. Back in 2009 these new manuscripts were compiled into a book called The Blythes Are Quoted and, shortly after it came into print, my older sister (herself a writer, literature professor and lover of Canadian literature) bought and gave me a copy.

Because I knew what to expect, for several weeks that book sat on my nightstand and I refused to crack it open, indignant and even a bit angry that the author had the power to ruin a beloved story.

One might say, “It’s just fiction. Who cares?” But it was for precisely that reason—because it was fiction!—that it seemed senseless to destroy something pure.

Eventually my initial arrogance ebbed, and I read the final book, realizing that the author had the right to conclude her story any way she wanted. L.M. Montgomery created the characters, the town, the green-gabled home, the whole story. Certainly, then, it was she, the creator and the writer, who was deserving of the final say.

The creator has the right to finish their creation any way they see fit. The Author can write whatever final chapter they want. After all, it’s their story to begin with.

In the story of life, of redemptive history, and even in the smaller story of each individual Christian, The Author has written every detail from before there was yet a day lived. Written, though with many chapters yet to be lived out by us, the characters. The main theme has always been redemption, but there have also been parallel and ongoing themes of darkness, sin and death. The pages continue to be turned, and we can know with certainty that as our own story unfolds, amid much grace, there will be more sorrow, more darkness.

But unlike the Green Gables series where the concluding chapters emerged many years later, the final chapter of the Christian life has already been written and recorded. We can literally turn the pages and read what happens at the very end.

The Author could have written any conclusion that He saw fit. For after all, He created the story and it is the author’s right to conclude their story any way they please.

So though we don’t know all the future details, we do know that the Author has written the last chapter. A new concluding manuscript will never be unearthed, for in the beginning was the Word, and the Word became flesh, and the Word gave His people life!

The Author of life, He could have concluded the story any way He wanted. The final chapter could have been sin and death. But for the Christian, the Author is our Father, and He gathers His children close, speaking to us the concluding words of the story He wrote:

“Look, God’s home is now among his people! He will live with them, and they will be his people. God himself will be with them. He will wipe every tear from their eyes, and there will be no more death or sorrow or crying or pain. All these things are gone forever.”

And the one sitting on the throne said, “Look, I am making everything new!” And then he said to me, “Write this down, for what I tell you is trustworthy and true.” And he also said, “It is finished! I am the Alpha and the Omega—the Beginning and the End. 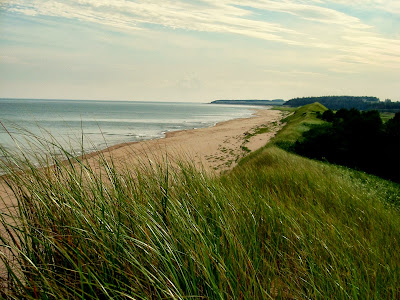