A KING IS BORN 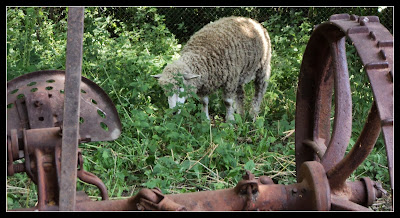 Today the world welcomed a new little prince. Moments before the long-awaited announcement, I was in the kitchen cooking and I’d tuned the radio dial to a local news station. When I first heard the announcement, I was surprised that my eyes immediately filled with tears. There’s something sweetly sentimental, and even hopeful,  about hearing a dignified British voice declare the birth of a young prince.

Dignitaries around the world are sending their congratulations to the Royal Family, and our own Prime Minister has sent warm words of salutation. Tonight, the CN Tower in Toronto is lit up all blue, because, ‘It’s a Boy!’

When Justin arrived home before dinner I caught him on his way inside and asked, “Have you listened to the news? Kate had her baby!” He stared at me blankly for a moment before saying, “Huh? What are you talking about?” And then our conversation went something like this:

Me: Kate Middleton! She had a baby boy! A little prince! Third in line to the throne!

So with the exception of my husband along with a few others who are clearly lacking in loyalty to the British monarchy, there is, overall, much fanfare and the world is excited to welcome and meet this young prince. It’s being reported that outside of Buckingham Palace, where the Royals have placed an official birth announcement, crowds are gathering around to celebrate the newborn future King of England. Reportedly, there are continual flashes of light as those in the crowd are trying to snap a picture of the announcement.

This young prince--this future king--is a celebrity before he’s even a single day old.

The words of this psalm are about another King, and they are particularly striking when considering the difference in birth story.

Two thousand years ago, the Prince of Peace, the King of all nations was born. In many ways, there was little celebration, and only a small handful of people received the announcement about His birth. There was no official palace proclamation. There was no regal welcome. There was no Royal Family receiving congratulations from around the known world.

Certainly, there were some glorious, transcendent moments where light filled the sky and celestial beings declared His glory. But the initial birth announcement, the visible glory of God dwelling with His people, was revealed not to kings and dignitaries. The announcement was first made to lowly shepherds, out in their fields, keeping watch over their flocks by night.

The prince of England is being welcomed by the world. This is lovely and good! It truly is sweet, light-hearted news and there is every reason to delight in his birth. But there’s something marvellously powerful in considering that the Prince of Peace was welcomed not by the world, not by the famous, not by the wealthy, not by the elite, not by the politicians of the day, but by a bunch of shepherds.

He could have come any way He wanted. In His coming, we see His character. The Prince of Peace, the Creator God, the Ancient of Days, the King of all Kings who will be honoured by every nation throughout the world--He wrapped Himself in flesh and came to us quietly, with all humility.
Posted by Elisha Galotti at 7:38 PM