JAKE AND HIS GUITAR ~ PICTURES

Since old enough to pretend, Jake would often find various household items in the general shape of a guitar and he'd pick them up and strum away, all the while singing wild songs at the top of his wee lungs. As a pre-schooler no older than two, whenever we'd visit my parents' farm, Jake would find the bellows standing beside the old fireplace, pick them up and "strum" like mad. He was quite the rockstar as a youngster and gave many onlookers quite the performance. At the farm, it was bellows, but in almost every setting, Jake would find something or other that would become his pretend guitar. 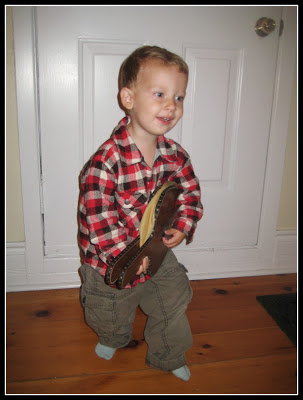 "You've got to get this kid a guitar!" people would say. 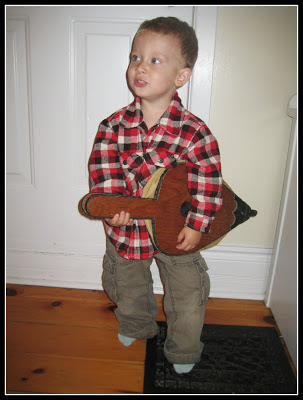 For Christmas one year, just before he turned three, he got a little black "guitar" that was actually a ukulele. He was overjoyed, and strummed and sang continually. 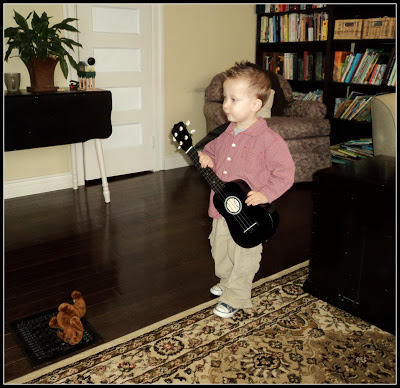 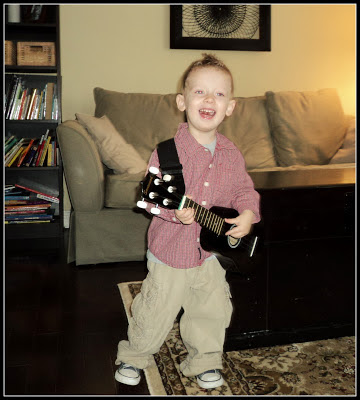 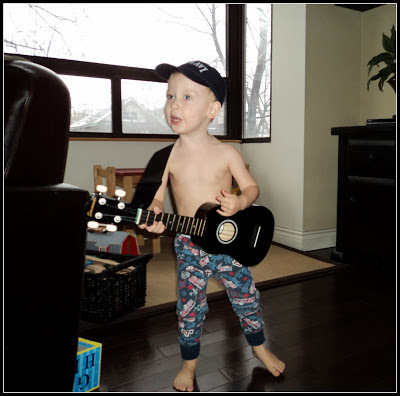 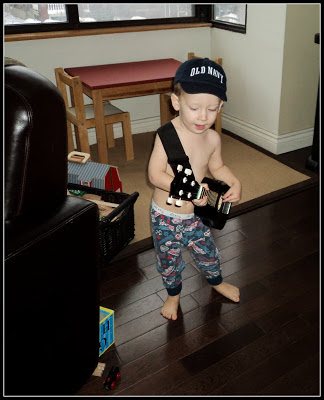 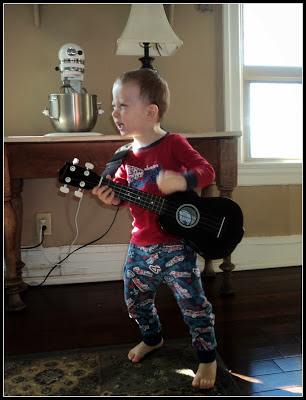 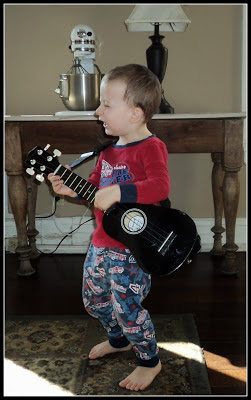 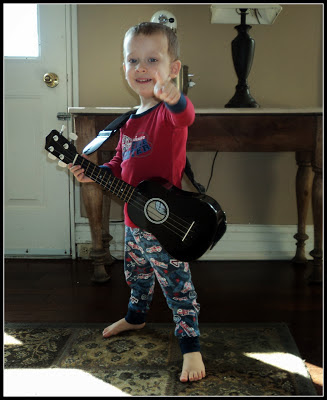 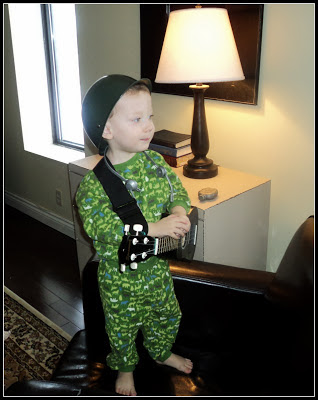 Now he's five. With a real guitar, and real lessons, and a real teacher. 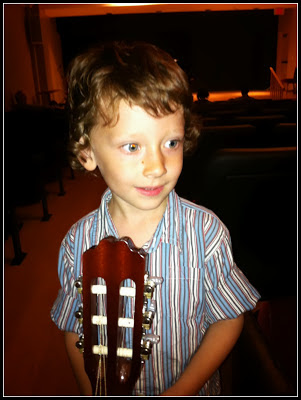 In the picture below, Jake's teacher, Mike, is tuning his guitar in the minutes before Jake's first recital. When Mike first told Jake about the recital, he gave Jake the option of either playing alone, or having Mike on the stage playing with him. Jake said, "You mean, me and you will both be up there? Playing together? Like, we'll be a band?"

We've been so thankful for a teacher who is not only an amazing musician and teacher, but someone who has made these early days of music lessons so much fun. What a blessing is a good teacher. 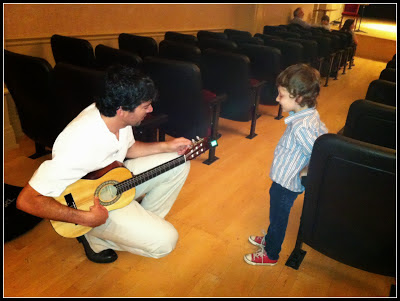 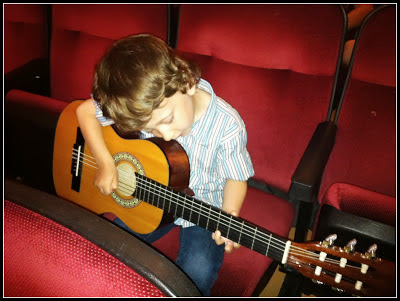 I won't deny the element of bittersweet, to look through these pictures and remember the bellows-strumming, chubby-cheeked toddler that is now my big boy at his first recital.

Watching them grow and learn always tugs, just a little.

But the sweet always overshadows the bitter. 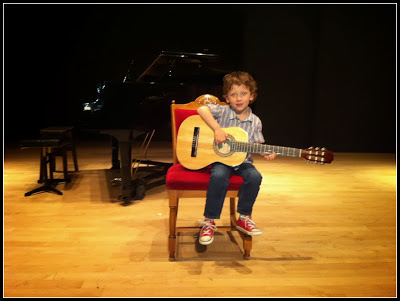 I love you, Jake Galotti.
May this be the beginning of a life of enjoying music, of using your gifts, of learning how to take an instrument and create much beauty. I hope you keep on playing, my son. And one day, when you're all grown up and maybe still strumming away and singing along, we'll look at these pictures and remember how special were these early days of music.
Posted by Elisha Galotti at 8:20 PM