THE TENDER KING OF KINGS 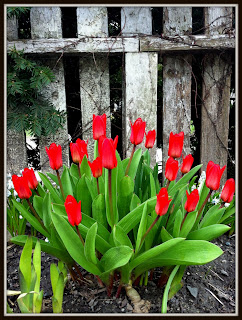 Sometimes in conversation we hear ourselves describe a person that we love, and as our unedited thoughts leave our lips we realize anew why it is that we love this person so.

This happened to me the other night as I sat on my son’s bed, telling him a story about a man that I love. The conversation began with Jake asking me, through held-back tears, not to be angry with him for something rude he had said to another kid at his school. Assuring him that though I might be sad, I wouldn’t be angry, Jake then shared with me that, at school that day, he had called someone weird. From his beautiful little face, regret overflowed and I could tell his heart was hurting.

I shared with this five-year-old of mine how, even now, as an adult, I can relate to that feeling of sadness and shame when I’ve not treated someone with kindness. Jake and I sat on his bed and talked about having speech seasoned with grace and what that looks like for a kindergarten student. We talked about how he should be a boy who defends others instead of being a boy who joins his voice to the cruelty of name-calling. “Jacob, of all the kids in your school, it’s those people, the ones who other people sometimes make fun of, who you must love and be kind to most of all. Did you know that when Jesus lived on this earth, that was the kind of man that he was?”

I began to tell him the story about Jesus and the woman who touched his cloak.

There was this woman who had been sick for a really, really long time. For years and years she had been bleeding. There probably were a lot of people who were unkind to her, and said mean stuff to her. Or maybe they ignored her and didn’t bother saying anything to her at all. A lot of people probably thought this woman was strange and that she didn’t need their love or kindness.

And then one day, Jake, this woman meets Jesus. She is in the crowd, and she sees Him: Jesus, God Himself, the King of all the kings of the world, full of power and strength. She reached to Him, stretching her fingers toward Him, and she touched the bottom of His robe. And Jake, when Jesus felt this sick woman touch his clothes, He turned and looked for her. He found her. He saw her. He saw a woman who needed kindness, and love. He spoke words to encourage her and He healed her.

We tell stories to our children to help them understand and believe. But sometimes He takes our own words, intended for them, and circles them inward to pierce our own heart. Sometimes as the story unfolds, the reminder is actually for us.

When the battle with sin is ugly or when my heart grows cold or when wounds are deep and healing seems impossible, I look to a Savior who has let Himself be known to me in intricate, recorded detail: He was gentle; He was kind; He looked into the eyes of that woman and spoke to her with compassion and grace. In Matthew’s account of this story, it says that Jesus turned around, looked for her, and when He saw her He didn’t use His power only to heal her body or to save her soul, but also to encourage her heart. “Daughter, be encouraged! Your faith has made you well.”

Central to christian faith is Calvary, that place where Jesus made atonement for sin, rose again, and now stands, ruling in victory. This is as it should be, hearts fixed on the wondrous climax of redemptive history. But sometimes as I reflect upon the main events I neglect to properly remember the earthly life. Sometimes it’s when you tell your kid a story about someone you love that your own heart is overwhelmed with affection.

Two thousand years later and the story is still being told. I wonder how many other mothers have told their daughters, their sons, this story and, in their own retelling, hear Jesus' voice tenderly speaking words of healing and grace. “Daughter, be encouraged! Your faith has made you well.”
Posted by Elisha Galotti at 5:49 AM