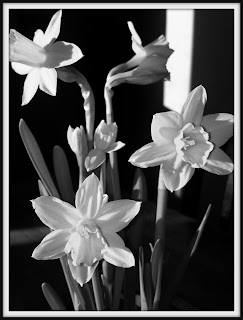 Animal videos typically don’t make me cry. I may find them cute or sweet or even majestic, but they rarely prompt an emotional response. Last night that changed. Justin and I watched this short animal video that stirred my heart and, in the concluding moments, brought tears.

There are these lions, majestic, ferocious as they stalk their prey. There are these buffalo, a herd of them, with one little innocent baby at a mother’s side. Captured on this amateur video is the surreal unfolding of events when these two animal families meet.

The calf, the weakest, the smallest of the herd is the choice prey. And though the lions are regal and powerful and inspire awe in their own right, there is this instinctive anger that wells up to see them attack the most helpless of their prey. But of course why wouldn’t they? They are predators with an instinct to capture and kill.

As this animal kingdom story unfolds, the baby buffalo is injured, seemingly doomed, surrounded by lions ready to finish what they began, when the herd of buffalo return to their little one to try to save it. The voices of the onlookers are heard on the video saying, “It’s too late. I can’t believe they’ve come back, but it’s too late to save it.”

But it wasn’t too late. Following their protective instinct, there is this demonstration of loyalty and perseverance as the buffalo herd returns for the trapped, helpless little one. Even as the predators surround the baby, the herd surrounds these lions. The buffalo use the weapons they have-- their size, their strength, their horns, their instinctive determination-- and as a herd, as a family, they rescue the one for whom they returned.

As the video concludes my thoughts travel to a conversation I recently had with two dear friends. We had been talking about the people in our lives who we love deeply who, as far as we know, don’t have faith in Christ. My friends and I, we talked and shared how so often, even as we truly love and care deeply, we simply don’t have a persistence or earnestness in prayer for our lost loved ones. We wondered why this is. Do we not sense urgency? Do we not see the predator, like a roaring lion waiting to devour? Have we lost hope? Do we think it’s too late?

That night as we talked, I shared with my friends a story of persistence in prayer that is one of Justin’s often recounted stories from church history about George Muller, a man know for his prayer life.

The following are Muller's words:


In November, 1844, I began to pray for the conversion of five individuals. I prayed every day without a single intermission, whether sick or in health, on the land or on the sea, and whatever the pressure of my engagements might be.

"The man to whom God in the riches of his grace has given tens of thousands of answers to prayer in the self-same hour or day in which they were offered has been praying day by day for nearly 36 years for the conversion of these individuals, and yet they remain unconverted. But I hope in God, I pray on, and look yet for the answer. They are not converted yet, but they will be."

The writer of Muller’s biography, Basil Miller, concludes this story with these words.


Those prayers? You ask. In 1897, those two men, sons of a friend of Mr. Muller’s youth, were not converted, after he had entreated God on their behalf for 52 years daily. But after his death God brought them into the fold.

A little, lost calf surrounded by fierce lions. A picture that, to those looking on, seemed so hopeless. But that little one was still alive, and where there is yet life there is always profound hope.
Posted by Elisha Galotti at 10:51 AM