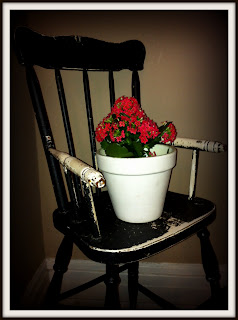 Much time during the early years of parenthood is spent correcting our little ones.We do a lot of other things too, hopefully. We nurture them. We love them. We laugh with them. We read to them. We play with them. But teaching them to recognize and correct wrong heart motives and behavior and then to replace it with soft hearts and right actions is a daily, sometimes hourly—sometimes more than hourly!—part of our job as a parent.


Depending on the specific situation, I might be learning about my child’s wrong behavior from another person who has seen something concerning and who feels that I, their parent, should be involved in the process of correction. Typically I’m thankful that I’ve been informed and I’ll quickly follow through in whatever way is needed.

A while back, a friend at church graciously but somewhat frantically mentioned to me that my little guy had climbed atop the pulpit and, perched like a Superhero, looked ready to fly. Once Josh’s two little feet were once again safely on the ground, I reminded him that as tempting as it can be for him to want to climb on the pulpit or baptismal, this is not acceptable behavior, and that this is a space where we keep our feet on the ground. With Josh’s hand nestled safely in my own, I stood and thanked the individual for letting me know and the situation was smoothly and lovingly resolved. (As an aside, and just to keep Josh’s reputation somewhat intact, he has obeyed these instructions and has not been found pre-flight atop the pulpit or balancing alongside the baptismal since that day.)

Most of the time, the above example is how it all goes down. Whether at the drop-in or at church or hanging out with friends or family, if an adult rightly speaks words of correction or brings to my attention a legitimate concern, I’ll thank them and follow through appropriately.

But once in a while, and every parent has had this experience, another adult will correct our children and it is a rebuke that’s completely misplaced and inappropriate. Though infrequent, in the times that this has happened, I have found myself strangely feeling the pressure to side with the adult even though it is clearly my child who could use an advocate.

Recently I was shopping for groceries with my three little ones and Jake was walking close beside me while the other two sat comfortably in the cart. We were about to put some limes in a bag when Jake asked me, “Mom, do you think maybe we should get ten limes, or five limes, instead of just three?” Before I had a chance to respond, a very strange thing happened: A middle-aged lady beside us looked down at Jake and firmly said, “You need to hush and keep quiet, son, and listen to your Mother.” Jake looked at her in bewilderment, and then turned his confused face my way.

My instinct was to somehow politely side with this adult, or to maybe say nothing at all and just keep moving along.

But Jake’s big, blue, rather confused eyes were looking up at me, and I knew that it was my son, and not this stranger in the grocery store, who needed a response.

I spoke gently: “Actually Ma’am, my son is helping me right now. He’s not doing anything wrong. I’m thankful for him, thankful that he’s such a great helper.”

The stranger kind of sniffed and turned up her nose as she went on her way. It was Jake’s response that mattered. He looked at me and simply said, “Thanks, Mom.”

I want my children to know that I’ve got their back. They know that when they’ve done something wrong I will correct them. I want them to know, with just as much certainty, that when they’ve done nothing wrong, I’ll defend them and even, at times, speak up on their behalf. I want them to know that although I’m a polite, reserved Canadian, I’m their Mama first, and the maternal part of my identity will trump the polite, Canadian part.

Situations like this are few and far between. For starters, the overwhelming majority of people whose paths we cross, whether strangers at the store or friends we know and love, are kind, sweet and encouraging folks who speak good things into our lives. Also, most of the time when an adult shares a word of concern or correction, it’s legitimate and brings about a helpful parental follow-up, ensuring that the situation is resolved or the behavior corrected or the apology spoken.

But once in a while, it is not the child who is wrong, but the adult.

Like many things, balance has to play a part, along with a discerning case-by-case approach. There may be times when my child is innocent in a situation, but I will choose to remain silent in the moment and later use it as an opportunity to teach them that sometimes we absorb the insult and don’t speak up. But when I do choose silence, I want to make sure I’ve actually intentionally chosen it and not just allowed a weak, polite instinct to control my response.

The hundreds of times that we speak words of correction to our children are going to add up and have a cumulative effect, for good, in their lives and hearts. But those occasional moments in their childhood where we speak up in their defense, I can't help but think that those moments carry great weight, too.

Once in a while, and only when wisdom and discernment would indicate such, I think that maybe our children really do need to hear us speak up—graciously, politely--in their defense.

Posted by Elisha Galotti at 7:59 AM