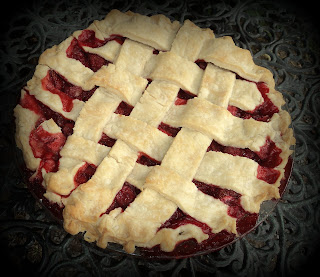 My favorite foods are the kinds that are delicious and don’t have any calories.

Did you know that if you eat just one bite of cake, even if it’s a heaping bite, and even if it’s repeated with more solitary bites later on, in that moment of indulgence it’s a calorie-free bite of food. An entire slice of cake would, obviously, have hundreds of calories. But if each bite is eaten on its own, alone, and with no intention to have more, than it’s wonderfully calorie free. Awesome, right?

Or if you’re making chocolate chip cookies and pop a bite of raw cookie dough into your mouth, that’s also got zero calories. Butter and sugar can’t possibly contain calories when it’s not yet been baked.

There’s actually an entire list of delightful zero-calorie bites, and it’s all about method, not substance.

For instance, whenever any treat is broken into pieces and shared with others, it’s calorie free. A timbit (a munchkin, or donut hole, for you non-Canadians) that is broken into several pieces, then passed around and shared, doesn’t have any calories. Or if I’m out to dinner with Justin and I order a salad with my chicken (because I do, after all, have about twenty pounds to lose) but then steal a couple of large, crispy french fries off his plate, they’re zero calories. I mean, if I was so disciplined when I chose not to order them, they couldn’t possibly somehow have calories on another person’s plate, right? Oh, and a bite of that medium-rare prime rib that’s dripping in garlic butter and smothered in sautéed mushrooms that I force him to share?  Also zero calories.

Such a thing simply doesn’t exist. If you’ve ever been out of shape and trimmed down, one of the things you learn is that every bite really does add up. A 25-calorie bite here and a 50-calorie bite there, whether it’s a decadent bite of cheesecake or the dry, whole-grain bread of my kid’s leftover peanut-butter sandwich, really does add up surprisingly quickly.

I have a version of zero-calorie bites in my Christian life: I have zero-calorie sins. I have those invisible things in my heart and those other things that may, at times, be visible to friends and family that would not make anyone gasp in horror or even really notice. There are those sins that I have somehow become OK with. The small, bite-sized sins; the stuff I’m complacent about because, really, it’s just not that bad; it’s just a bite and it doesn’t add up to much and it doesn’t really affect my overall character.

My husband recently preached from the first chapter of I Peter:

And remember that the heavenly Father to whom you pray has no favorites. He will judge or reward you according to what you do. So you must live in reverent fear of him during your time as “foreigners in the land.” For you know that God paid a ransom to save you from the empty life you inherited from your ancestors. And the ransom he paid was not mere gold or silver. It was the precious blood of Christ, the sinless, spotless Lamb of God.

Redeemed, saved, justified by the precious blood of Christ. The ultimate price for my sin already paid; my eternal destiny forever secure because of the sacrifice of the sinless, spotless Lamb of God. My heart rests in such truth and give thanks for such sacrifice. But even as my heart rests, it also longs to put careless, ‘small’ sin to death.

Posted by Elisha Galotti at 8:23 PM