Josh began his actual birthday morning with blueberry pancakes and gifts from his family. 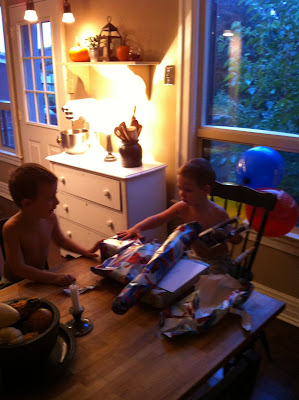 A couple weeks before his birthday, so that Josh's Grandma Morey could be with us, we had a little birthday party for Josh where about fifteen kids from church and our neighbourhood came to play some games, have pizza and cake. 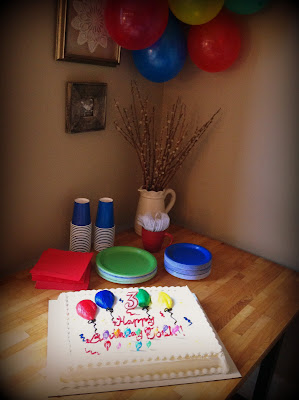 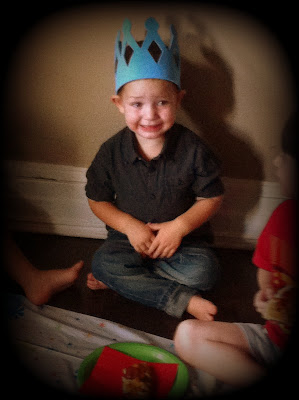 In anticipation of cake... 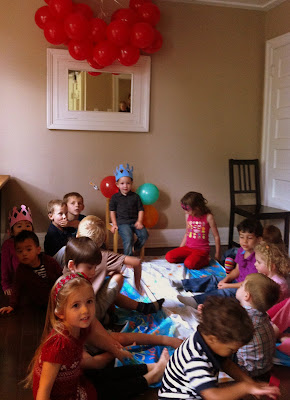 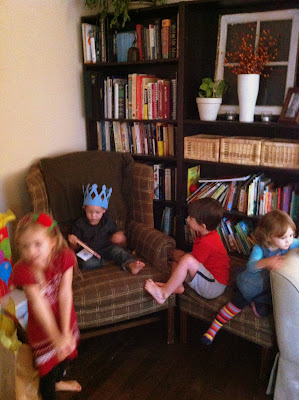 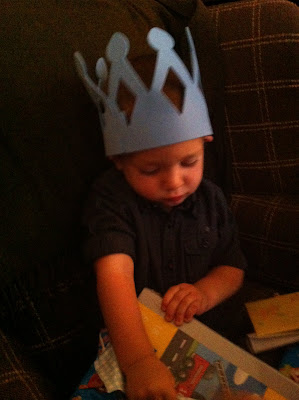 With his best buddy, Jack. 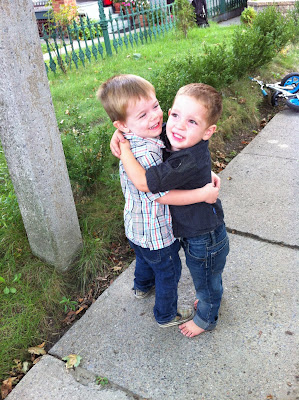 A source of sadness, at every kid's birthday, is that most of our family live far away and aren't able to share these days in person. I'm thankful that despite the distance, the kids often open gifts from their grandparents via Skype; Josh opened a new blue scooter Grandpa Galotti and Gigi and was able to demonstrate for them, via the computer screen, just how fast this scooter allowed him to zip around.

Another small silver lining, at least for the kids, is that they often receive birthday cards from their relatives with money inside. Getting mail is always fun, and they have no trouble understanding that money will get them things. In fact, at this most recent birthday, Josh opened a couple cards from people and, upon seeing nothing but a written birthday greeting, shook his head in disappointment: "There's no money." We've tried to explain how it's a treat when there is money, and it's equally as kind and loving when there isn't!

The boys took their birthday money to the toy store and picked out some new toys. 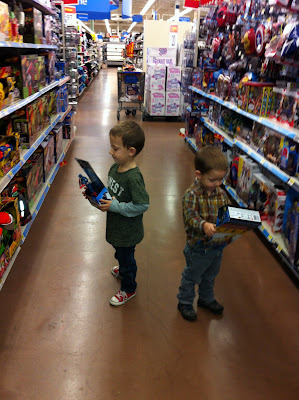 Showing off their new loot... 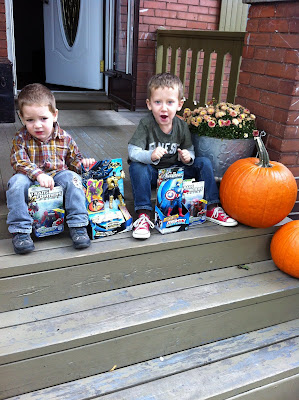 Later in October, we celebrated Ella's 1st birthday.
Aunt Caiah came by to spend some time with the birthday girl. 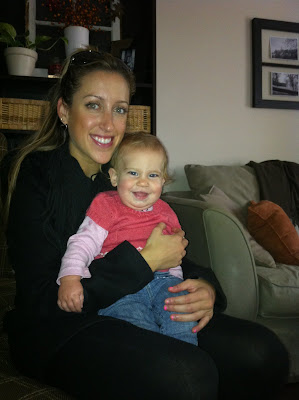 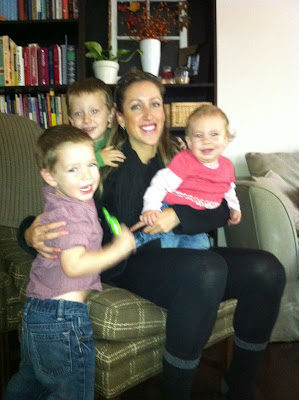 Later that evening, we had a small party for our big girl, just the five of us. 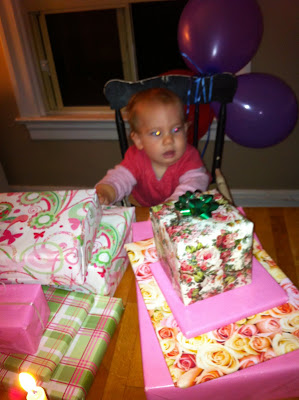 Ella enjoyed opening her gifts with her big brothers. Her big brothers enjoyed the fact that Ella was open to much paper-tearing help. 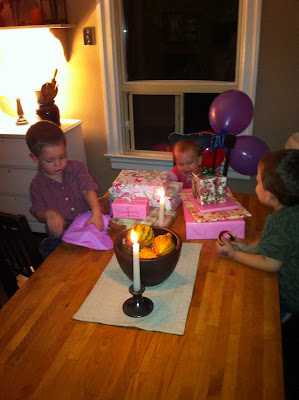 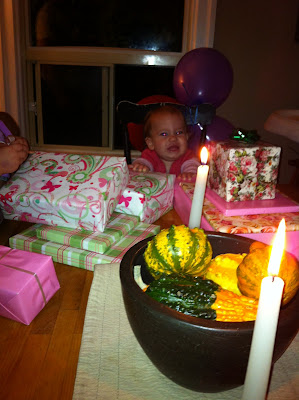 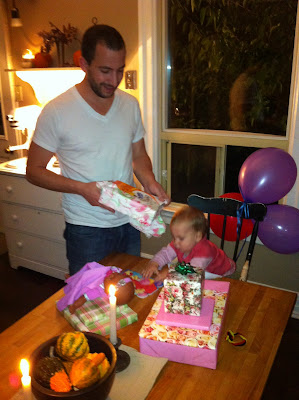 Below, she is playing with a new doll from Aunt Nat. 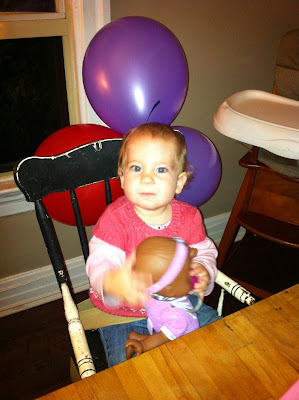 Looking at new books from Nana and Grandpa Ganz. 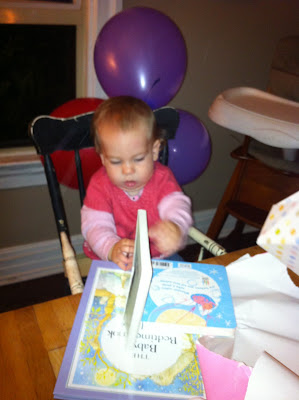 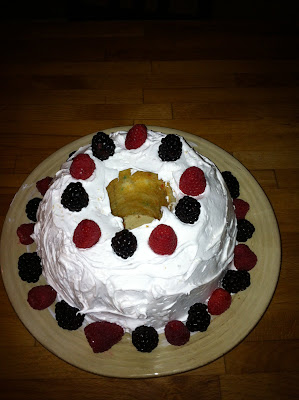 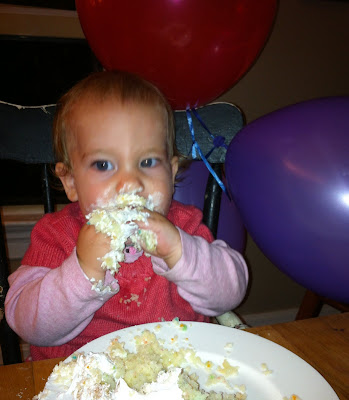 We're so thankful for these two October babies of ours.
Posted by Elisha Galotti at 6:46 AM