Though just over a month, it seems like ages ago that we were walking through the Dallas airport, geared and excited for two weeks in California with family and friends. The flights were long, but smooth. On each flight, some flight attendants befriended the kids, and wound up taking Ella for long walks up and down the aisle and even rocking her to sleep. I was not expecting that kind of treatment. 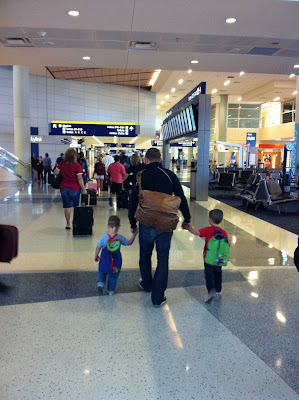 We spent our first night just the five of us, in this quaint little hotel in downtown San Fran. 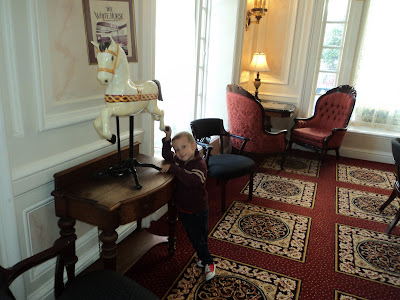 With a few hours before bedtime, we took to the streets of this incredible city. 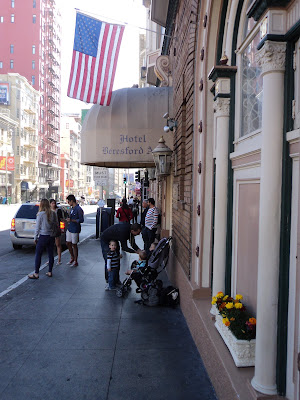 Justin and I pushed our double stroller up the craziest hill of our life. It was actually scary. We had asked the concierge at our hotel how far it was to walk from where we were staying (Union Square) to Fishermans Wharf. He told us it was about a mile. He neglected to mention that it was a mile STRAIGHT UP the side of Mt. Crumpet. (Suess reference.) We survived, and it became the first real adventure of the trip. For anyone who knows this hill, it's pretty insane. People were watching Justin and I push our double stroller up this thing, with another kid strapped onto his back, and were just smiling in pity. 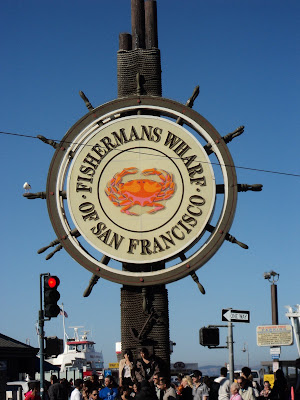 But we made it. Fishermans Wharf was a pretty lively place to begin our California journey. Seafood chowder in sour dough bowls was a tasty first dinner. 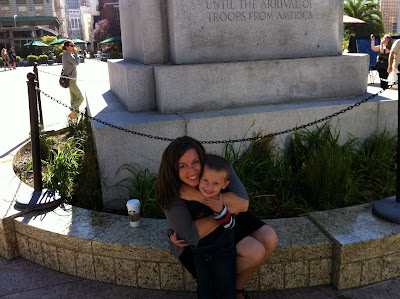 Union Square - right near where we were staying. In some ways, it really felt like a northeastern city, only with palm trees. And zero humidity. 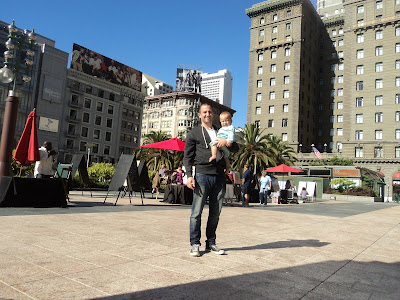 We met up with the rest of the crew the next day in Santa Cruz. One day was spent at a quaint little harbour town called Monteray. 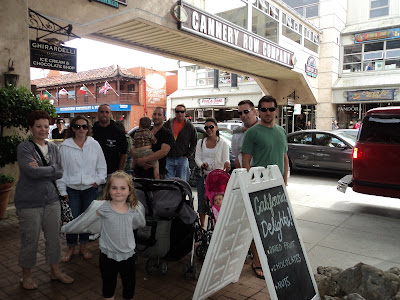 The candy shop was out of this world. Joshua literally peed his pants in excitement. 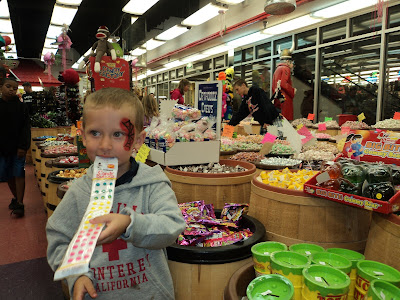 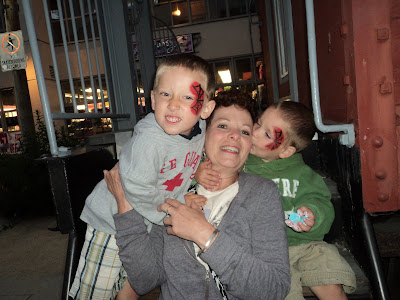 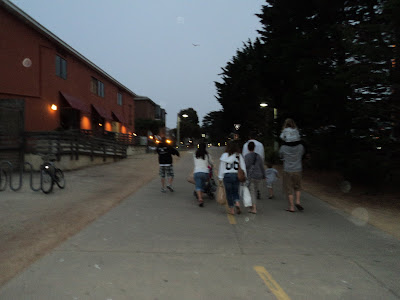 Below is a picture of Sheila (Mom/Grandma) and all her boys. 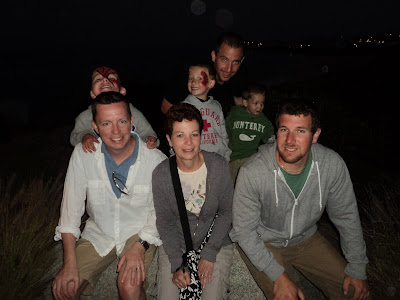 Posted by Elisha Galotti at 7:19 PM