Earlier this week we drove down to Ontario's beautiful 'West Coast' where we met up with our good friends, The Clarys, spending a day and two nights camping at The Pinery Provincial Park. 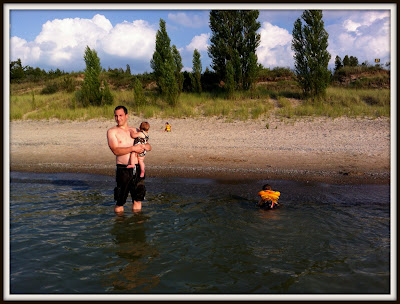 We left our beloved but super smoggy Toronto in the afternoon, and while the kids mostly slept during the drive, Justin and I found ourselves delighting in the countryside.

The farmland of Southwestern Ontario is uniquely lovely: gently rolling hills, fields of waving corn, golden wheat, perfectly rolled bales of hay. In some ways, the journey to a place is almost as important as the destination. That's an overstatement. Maybe it's more accurate to say that the beauty of the journey affects the ability to enjoy the destination.

This three-hour journey certainly had much to enjoy; more than once, I asked Justin to pull over so that I could take a picture. 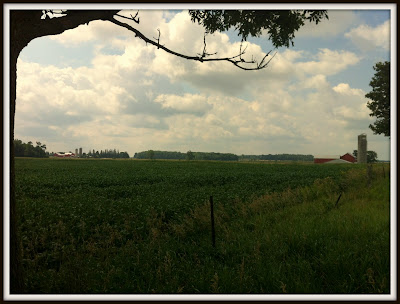 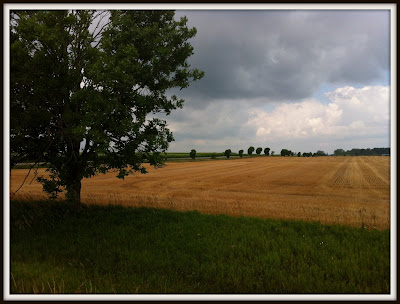 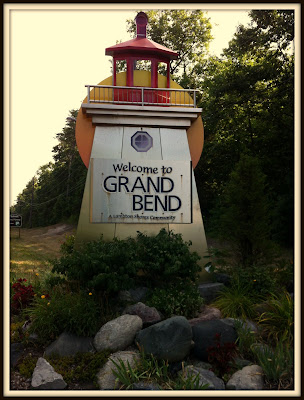 Once you pass through the town, you arrive at The Pinery. Both times that we've camped here, we've arrived in the late afternoon, and have headed straight to the beach for a quick swim before we set up camp. 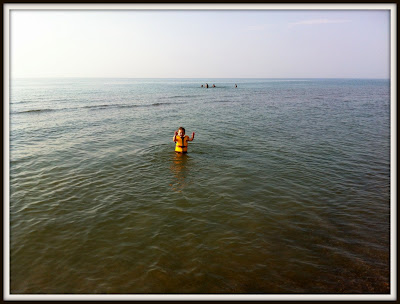 It's a beautiful time of day to be at a 'west coast' beach; the sun has begun it's descent and shines brilliantly on the water. 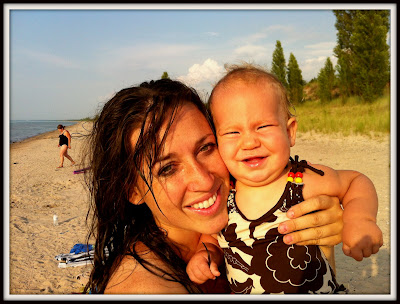 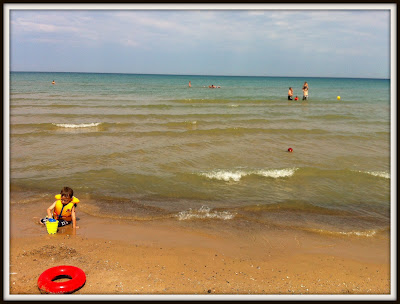 Over the course of this 36-hour camping excursion, we spent most of our time on the beach. The three boys (Jake, Josh and their buddy Jack) swam and played and had a blast. 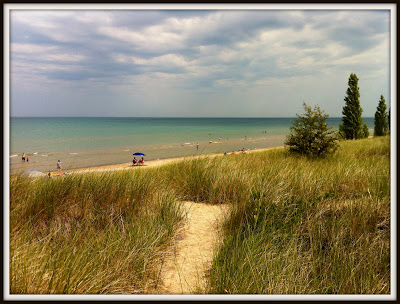 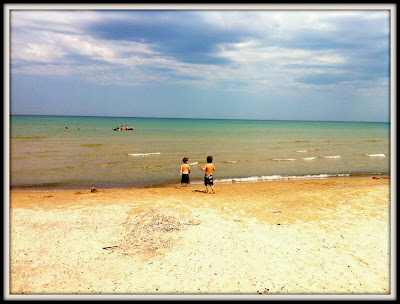 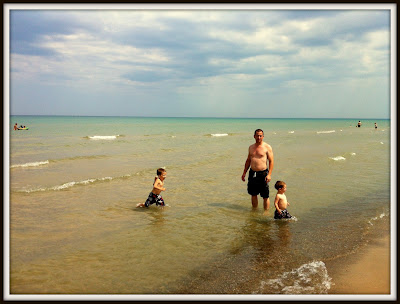 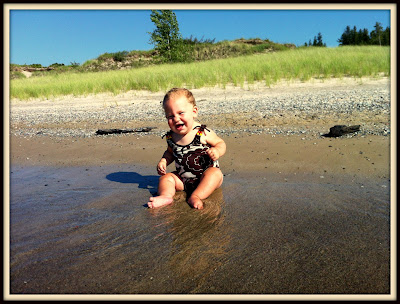 Sand and sun and sunscreen is not without it's possible perils, though. Over the course of the day, I heard both of the following statements forcefully uttered to the (old-enough-to-know-better) child in question:

"Do NOT eat sand. That is disgusting."

or, as one child was bringing a handful of white, foamy children's sunscreen to his mouth:

"That is NOT whipped cream. Do not eat that!" 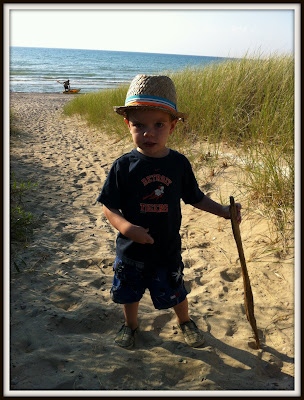 Back at the camp sight, we did all the campy stuff: bonfires, roasted hot dogs and marshmallows, breakfast and dinner cooked over an open flame, heated late-night bonfire discussions about politics... lots of fun.

A week before this trip, I had warned Vicky that I hated camping. Her face lit up with relief as she said "Me too!"

But somehow, I think for both of us, this little trip managed to shift our hatred into something rather close to enjoyment. 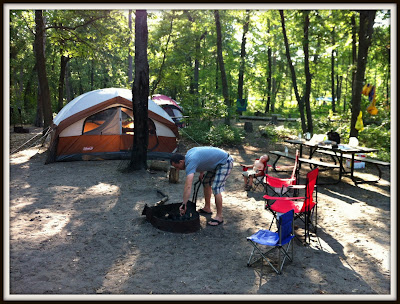 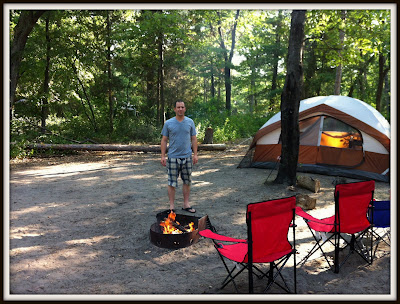 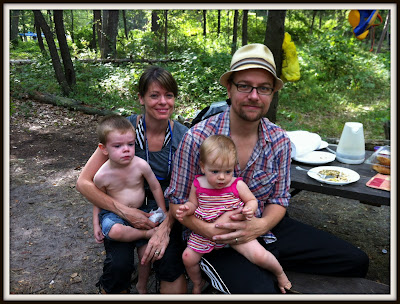 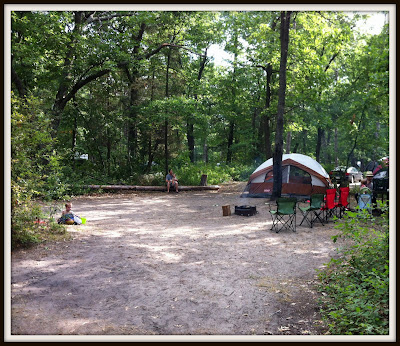 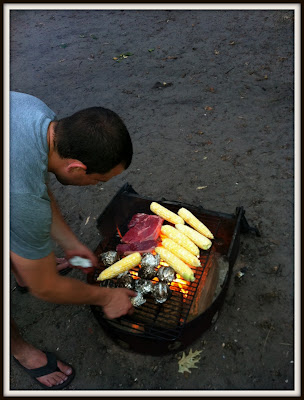 Growing up, no matter where our vacation took us, my Mom always insisted that we find the sunset. All these years later, I have so many wonderful family memories that involve sunrises and sunsets. (I wonder if my little sister, Natanyah, remembers the time when, much to the dismay of my parents, instead of watching the sunrise, she tiptoed back into the car, dug out her Hardy Boys novel, and sat in the  backseat reading.)

The Galotti Family is continuing this sunset tradition. (At present, the sunrise one is just a tad...early.)

Both nights of camping, we all headed down to the beach around sunset to enjoy the mystery and wonder of the close of the day.

If I had to pick a favorite part of this short trip, it would be these few twilight minutes spent sitting on the sand.

"From the rising of the sun, To the going down of the same. The LORD's name is to be praised." 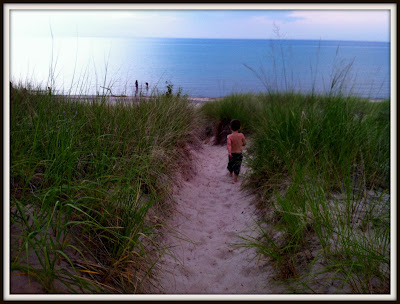 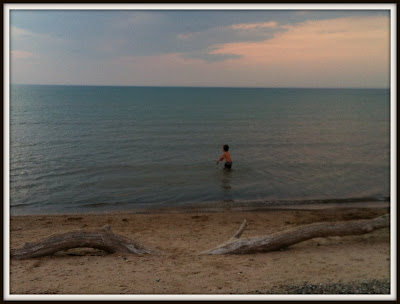 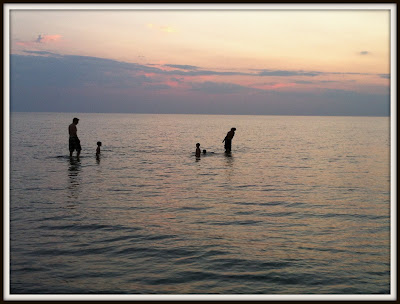 The first night, even after the sun dipped, it was delightfully warm and the three boys and the two men went for a nighttime swim.

The second night, it was a little colder so we sat together on the sand, singing words of praise to our Creator.

When I survey the wondrous cross
On which the Prince of glory died,
My richest gain I count but loss,
And pour contempt on all my pride.

Were the whole realm of nature mine,
That were a present far too small;
Love so amazing, so divine,
Demands my soul, my life, my all.

Posted by Elisha Galotti at 1:08 PM