Earlier this week we sat around our kitchen table talking with a dear couple who are soon leaving Toronto to begin life in full time pastoral ministry. At one point in the evening, as we discussed life in ministry, my friend asked me this question: “How did you like being a pastor’s daughter?” It’s a question I’ve been asked countless times before but never quite know how to answer. Like so many things in life, there is so much that can be said, so many layers to the possible response. If I’m being honest, there were things about being a preacher’s kid that were wonderful, joyful, blessed. But there were also other things about it that were difficult. There is, maybe, no short answer to that question. But a couple nights ago, when my friend asked me this, it was at the end of a day where I’d been thinking about my Dad a lot, and my heart kind of spontaneously produced an answer.

How did I like being a pastor’s daughter? These words came: “I don’t know. I never know the short answer to that. But I do know that I loved being my Dad’s daughter.” This might sounds like a trivial distinction, but it clarified something for me as the words emerged. Going through life with someone in full-time ministry (as a child I was a pastor’s kid, as an adult I’m a pastor’s wife) invariably means knowing seasons of immeasurable joy and blessing and love, but also seasons of real difficulty and even heartache. I guess that’s why it’s been difficult to think back and crystallize a succinct response to the question of what it’s like being a pastor’s kid. But even so, what is clear is that it’s effortless to think back and say that I loved being my Dad’s daughter. And not just back then in childhood. Today, this day, I love being my Dad’s daughter. 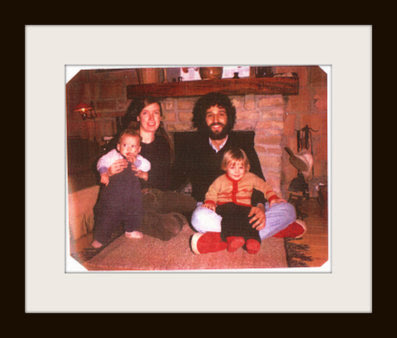 Rich Ganz. Pastor. Teacher. Psychologist. Sheep farmer. Author. New Yorker turned Rural Canadian. Grandpa Ganz. Pop. I don’t actually know anyone else quite like him. As I reflect on who he is, what he has meant to me and the ways his life and character continue to influence my life, there is much that I could write. Maybe one day I will. But for today, four simple reflections. 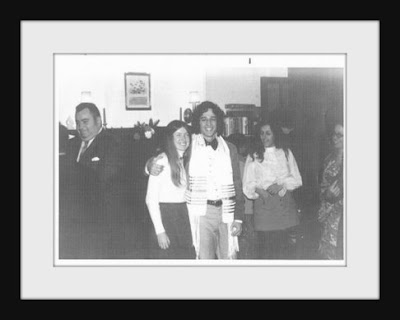 My Dad is lighthearted. As long as I can remember he's been characterized by a lightness of countenance. This past winter me and Justin and the kids spent a couple days visiting my folks in Ottawa. During that visit, we did something that my family hasn’t done in years. We all sat down and watched some slides from decades ago. The early 80s. Shoshannah and I just toddlers. Natanyah only a baby. Caiah… not yet. So many memories to laugh about, to remember anew. We looked through a couple carousels of the year that my still-hippy parents travelled through Europe with a two-year-old Shoshoshannah and a baby Me in tow. The slides captured so much, each new slide showing beautiful scenes of laughing babies, or picturesque mountaintops, or silhouetted toddlers back-dropped by glorious sunsets. My Mom is an amazing photographer.

We’re enjoying all this, when at one point my Mom presses the lever on her old-school projector, we hear the click of a new slide falling into place and an unlikely image fills up the screen. The group of us sitting there in the living room collectively went “huh???”. The picture was of a dirty open door which framed the scene: a public toilet stall. Inside, as the crowning centrepiece of this picture, were mounds and heaps of toilet paper everywhere. It was so jarring to see this within the flow of exquisite scenery and serene silhouettes. There was delighted laughter from my Mom as she explained: “In the entire year that we spent in Switzerland, this is the only picture that your father took. When we saw this disgusting bathroom, he begged me to capture it on film. He insisted on it!” It's pretty cool that now, decades later, that toilet paper picture is in some ways a symbolic part of the mosaic of my parents life together. There, in that carousel of captured life, is a moment of joyful lightness, years later still bringing laughter. 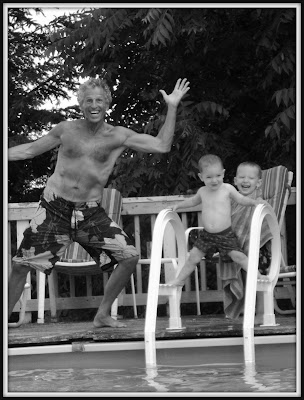 My Dad is accessible. He probably works longer and harder than any person I’ve ever known. And yet, even with the amount of time that he spends in his study working, preparing, ministering, ‘his study’ has always been an accessible place, a room where his daughters have never had to wonder if they’re welcome. As a kid, I don’t think I even thought about it, really. If I needed to talk to him, or ask him something, no matter whether frivolous or important, I’d just walk in and plop myself down on his couch. Within a minute or two, he’d swivel around in his chair and we’d talk. He’d listen. He’d ask questions. I never remember him  trying to hurry a conversation along to its conclusion so that he could get back to what he was doing. It’s still that way. There is never a rush for the conversation to be over.
I doubt he ever had a formula for this, nor was trying to implement some parenting strategy that instructed him to listen to his kids or be accessible to them. It is simply, intuitively, the father that he was to us, that he is to us still. Always there. Always ready to listen, to talk, to be a part of the details of our lives. Four daughters: hours upon hours upon hours of talking, listening, encouraging. I think back now and I realize that in all those years of wandering into his study and plunking myself down on his couch, there were likely countless times when I was interrupting something fairly important. And yet not once, not a single time, did my Dad make me feel like what I needed to talk to him about was of less importance. 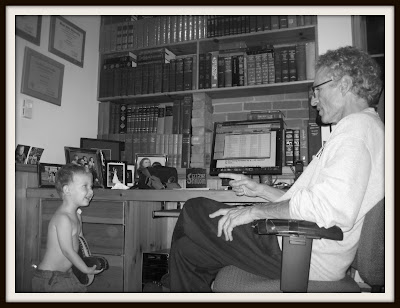 My Dad is enthusiastic. Often unrelated to the particulars of what he’s doing, or who he’s talking to, there seems to be a natural enthusiasm, a passion that overflows from him. Growing up, and even now when we all return to the farm to visit, we’ll gather and watch movies as a family. Part of the fun (or occasionally drama) for all of us is watching my Dad. If it’s a comedy, even an utterly stupid one, he’s laughing so hard he’ll be wiping away tears. If it’s a drama, at the conclusion he’ll sit up and passionately discuss and debate the implications until everyone else is asleep. If it’s an inspiring story, he’ll literally cheer and clap at the end of it. Literally. Whatever he’s doing, movie-watching, working out, talking with people,  his whole heart is engaged.

Although there are countless small ways that this works itself out in his life, more than anything, it’s affected how he relates to people. Many times I’ve had the experience where I’m talking to my Dad about someone altogether ordinary (like most of us are… or at least like we think we are), and my Dad sees and is describing a person who is extraordinary, uniquely gifted, distinct in their ability to do whatever it is that they do. It’s almost as though, without trying, without any deliberation for thinking well of others, God’s given him this heart that responds to people with exuberance about who they are and all the possibilities for who they could become. He has an infectious enthusiasm for life and for the people in it. 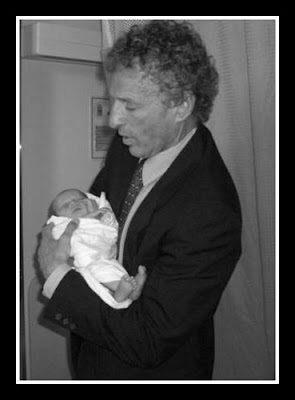 My Dad is loving. This, too, works itself out in so many different ways. A few weeks ago I was talking with a dear friend from the Ottawa RP church. My Dad baptized her as a baby, and over the last thirty years he has known the joy of being a part of her life as she’s grown into a woman with a family of her own, babies of her own. This friend and I are talking, and I don’t remember how we got on the topic, but she was describing to me the kind of shepherd that my Dad is to her: “Fiercely protective. So gentle with his sheep.” She went on to describe how to her, more than anything else my Dad might be, to her he is a loving shepherd of those sheep entrusted to him. This was such a blessing to my heart to hear this description.
My Dad is also a husband who has loved my Mom in such awesome and visible ways my whole life. He respects her. He values her. He cheers her on as she uses the gifts God has given her. He has a love for her that trusts her, that cherishes her wisdom.
Above all else, my Dad loves the One who has bought him forgiveness, the One who has given him new life. His love for Christ has never grown old, never dimmed into something humdrum or ordinary. There’s a liveliness, a freshness to his now decades old faith. In my Dad I see such passion, such love, such visible affection for his Saviour.

And lastly, as I think about my Dad on this Father's Day, I find myself giving thanks for a loving father. 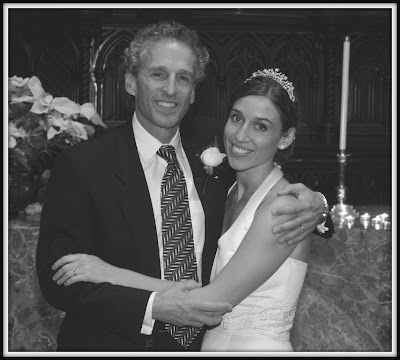 Pop, in all these years of being your daughter, I have never once had to wonder if you loved me, if you cared. I have never once had to wonder whether your love might pause, or fail, or change. I know you’re the first to admit the ways that you weren’t a perfect Dad (partly because there is no such earthly thing), but you have loved me and Shosh and Nat and Caiah with such a beautiful, unconditional love. We’re safe in it. We’re secure in it. We’re daughters of a father who we know would go to any length for our good. In your love for us, Pop, you’ve given us an earthly example of the kind of love we can find in a Father above. Thank you for loving us the way you always have, the way we know you always will.

Happy Father’s Day. I love you.