CAUGHT IN THE RAIN

Living only a couple of kilometers north of Lake Ontario has some lovely perks. Particularly in the non-winter months, the kids and I spend at least an afternoon each week down by the lake shore playgrounds. One Spring afternoon a few weeks back, though the forecast was predicting possible thunderstorms, we headed down to play and meet up with some friends. 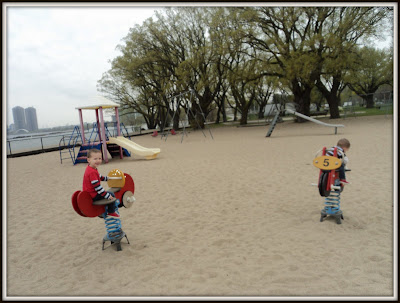 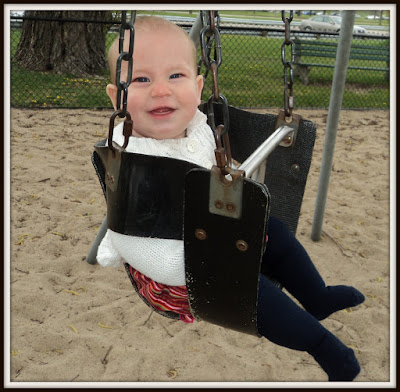 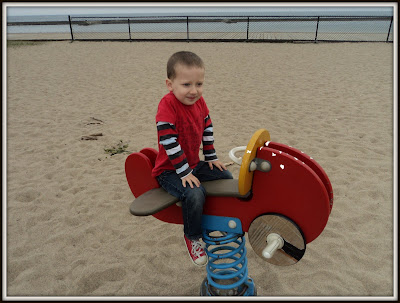 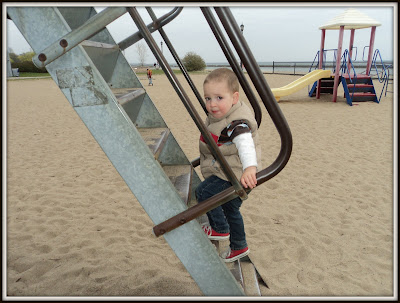 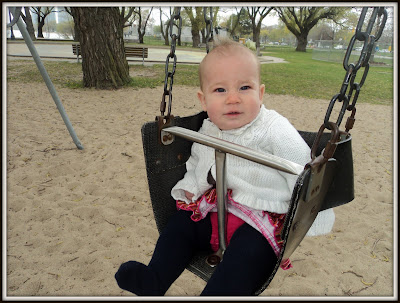 After some time spent playgrounding, we headed out with our friends for a bit of a walk, Jake on his bike. 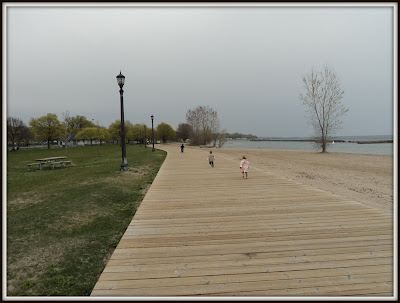 This little gal below, Sojourner is her name, is Josh's age. Both the boys enjoy her clever and adventurous two-year-old spirit. She's the fearless type, which makes for a fun playmate. 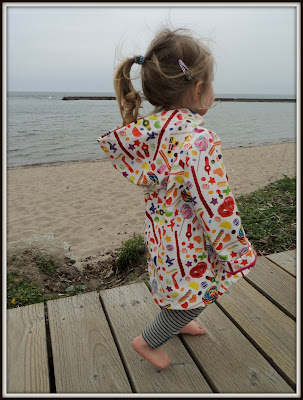 Ella ~ smiling in the sand. 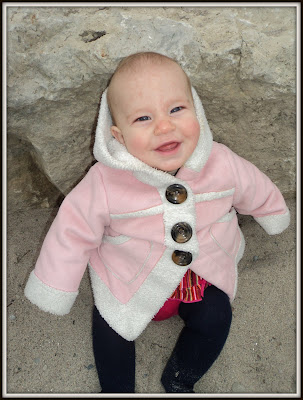 After saying goodbye to our friends, Jake and I decided it would be fun to go for a really long walk / bike ride. Throwing caution and weather forecast to the wind, off we went. There is this really beautiful part of the boardwalk that has these majestic, strong, Sleepy Hollow-like trees. I never tire of walking through them... though I suspect Justin gets tired of hearing me comment about them. 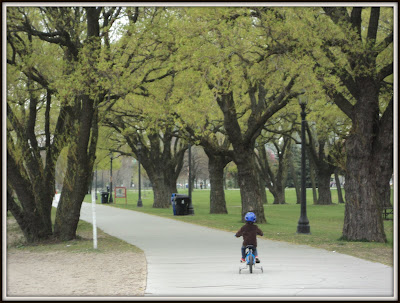 There are lots of Canada geese that also enjoy the Lakeshore... the grass and boardwalk alike have scatterings and smatterings of geese poop all around. To my amusement, whenever Jake would happen upon a pile, he'd slam on his breaks, turn around with a look of disgust and caution me to walk around. It was sweet. He looks out for me. 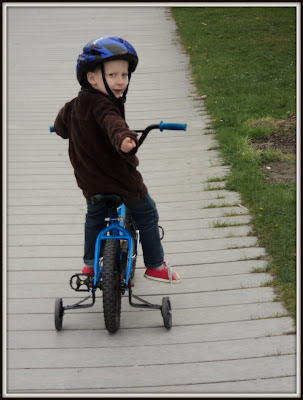 We wound up walking for so long that Justin, who had been teaching at a preaching workshop all day was on his way home, and Ian dropped him off at the Lakeshore instead of home so that he could say a quick hello to us before heading out to Prayer Meeting.

I always delight in the spontaneous encounters with someone I love outside of the setting that is our normal / everyday. It's almost like it's an opportunity to 'see' them differently, freshly. I'm obviously used to seeing Justin in his usual attire of black chucks, jeans, button down and a jacket.  But as he walked towards us in this unplanned meeting, his face tender and excited to see his kids, to see me, I found myself so thankful for this husband of mine. 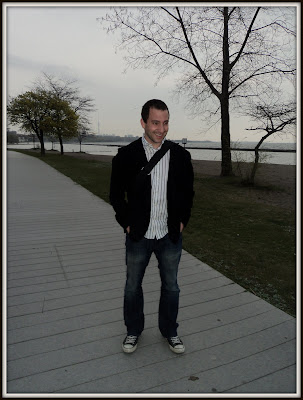 The sky was getting darker by the second. Justin thought where he was meeting us was a five minute walk from where we had parked. 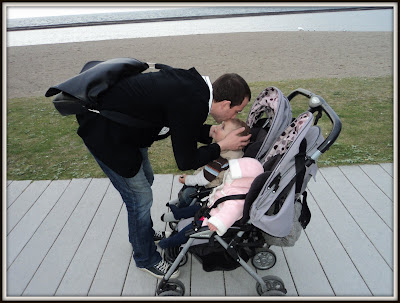 So when we felt the first few drops of rain, he asked how far we had to go. Telling him we were parked "just around the next bend" only worked the first couple times. So we embraced the thunderstorm, all of us getting soaked, but making sure the various iPads and iPhones and laptops were tucked snugly in the bottoms of our bags... 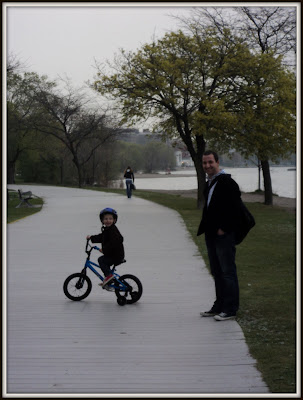 ...and the only thing that would get drenched would be a few unfortunate kids. 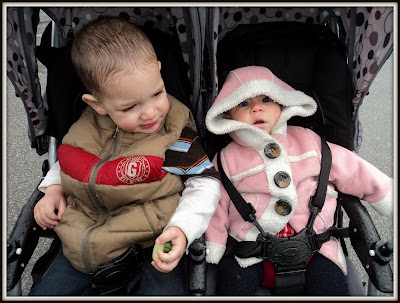